In response to the terror attack in Tel Aviv, our prime minister lights memorial candles, our president goes to visit a kindergarten, and our Education Minister goes jogging.

Do you remember Ariel Sharon’s “Restraint is Strength” motto? That motto brought us the destruction of Gush Katif and rockets raining on Tel Aviv. Because when your restrain yourself in the face of your foe, you ultimately fight against your friend.


When the government performs its duty and actively fights the enemy, it is reasonable to ask the public to demonstrate passive strength. But this current farce of “let’s continue as if nothing happened and that shows how strong we are” is not being used to back up government action, but as a cover-up for its fiascos and impotence.

Israel’s government has no inkling of what action to take against this lone-terrorist intifada. There is no organization behind the terrorists – nobody is sending them – and the government is not willing to violate the rules of democracy. So all that is left is to light candles.

Interestingly, the government has proven that it is quite willing to sacrifice all rules and laws when one Arab family is shockingly murdered. So why isn’t it willing to bend the rules just a bit in the face of a wave of terror and murder of tens of Jews?

In many cases, today’s terrorist is the cousin of yesterday’s terrorist. So why can’t Israel expel terrorists’ families from the country? They are ticking bombs – just like the Jewish arson suspects. The Attorney General would certainly approve.

On second thought, why should I get myself in trouble? Let’s go jogging… 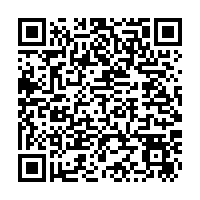