This is the speech Israel’s citizens should have heard Sunday night from the prime minister:

I stand here before you this evening feeling guilty. Please forgive me.

When the Rabin government brought the Oslo catastrophe upon us, thousands took to the streets in protest. Against all odds, they swept me to my first electoral victory in 1996. Although the murderer Arafat gave me all the reasons in the world to walk away from the Oslo Accords, I acted with cowardice and unscrupulousness.

I betrayed my constituents. I turned my back on them. I hugged the arch terrorist and gave the radical Left a gift it could never have expected: I gave it the gift of Israel’s Right as the implementer of all its schemes.

But that primordial sin of hugging Arafat was only the beginning. I stopped Jewish construction in East Jerusalem almost completely and prevented its urban merger with Ma’aleh Adumim. With the Wye Accords, I gave Arafat and his cohorts over 90 percent of the City of our Patriarchs, Hebron.

I will not tire you, dear citizens, with the details of all the building freezes and obstacles with which I have burdened the Jewish settlements in Judea and Samaria. I will skip over the details of the destruction that I brought upon entire neighborhoods and flourishing hilltop settlements.

I will just say that if there is something that weighs heavier on my conscience than anything else, it is my cowardly vote in favor of Sharon’s Disengagement from Gaza. I could have led a rebellion in the Likud against the nefarious plan. Instead, I joined Sharon and made the expulsion from Gush Katif possible. Afterwards, I quickly resigned and shirked responsibility, attempting to create an illusion of brave leadership over my cowardly act – just like former Defense Minister Lieberman has now done.

The Expulsion from Gaza that I supported is what has led to the current situation in Gaza. Of all those who supported it, I remain the highest serving official from then who continues to serve now – the main person responsible today for the security situation that exists in Gaza.

But it is not just for the security fiasco born of the Oslo Accords and the Disengagement that I ask for your forgiveness. As is my way, I preferred small, temporary political gain over your security. All the prime ministers before me, from both Right and Left, understood that it was wrong to surrender to the pressure of the Shalit family, whose son, Gilad was captive in the hands of Hamas. Even Olmert refused to release 1,027 terrorists with blood on their hands in exchange for the soldier – terrorists who would clearly go back to murdering.

But I, with unequaled lack of responsibility and leadership, sold the security of Israel’s citizens in favor of one photo on the tarmac. The results of that odious deal materialized without delay. The murder of the three boys, which led to Operation Protective Edge, was completely initiated and commanded by those same released terrorists. The entire Hamas senior echelon in Gaza today is built on those released terrorist.

Approximately 100 Israelis have already paid with their lives for that deal. The responsibility for the difficult security situation that was created by the Shalit deal is completely on my shoulders – for losing the way, for lack of responsibility and leadership.

I do not deserve your pardon, dear citizens. I deceived you into thinking that at least in regards to the Iranian enemy, I am doing what is needed to protect Israel. After all, I succeeded in initiating paralyzing sanctions against Iran.

But how is it that we have returned to the exile-like state in which our existence is dependent upon the kindness of foreigners? How did I retreat from a fundamental principle of all my predecessors, transferring the responsibility for Israel’s security to the Americans? Will we always be able to rely upon them?

How is it that the Iranians are even anywhere near nuclear capabilities? And why are they threatening our borders, instead of us threatening them? Why didn’t I act courageously when the threat was first kindled, as Prime Minister Begin, and after him, Prime Minister Olmert did in the face of similar threats?

How is it that after I belatedly did give the order to attack, I surrendered to the refusal of the chief of staff and Mossad chief? How did I allow the military echelon to make the decision, abandoning Israel’s security to the Americans alone? And what will we do the next time America elects a president friendly to Iran?

I feared taking the necessary action when it was still possible, condemning the next generations to life under the dark threat of a nuclear Iran that will necessarily evolve sooner or later.

And Jerusalem, dear citizens – I betrayed Jerusalem. I froze construction there and, worst of all, I abandoned the apple of the eye of our nation – the Temple Mount, the site of our Holy Temple.

When our enemies murdered two police officers on the Temple Mount, I gave an order for metal detectors to be installed at all the entrances to the site. But when the Arabs refused to enter the Mount through those metal detectors, I quickly had them removed – in order to preserve their sovereignty on the Mount!

Yes, time and again, with irresolution and cowardice I bought quiet and power at the expense of Israel’s sovereignty, its national pride, and the security of its citizens.

Dear citizens, it is no secret that a new American diplomatic plan is in the works. That means only one thing: the partition of Jerusalem and the establishment of a U.S. embassy for our enemies in the eastern side of the city.

My conscience troubles me. I think of my comrades in arms, my own family, and of the fighting family – the soldiers of the Irgun and Lechi. Their watchful eyes penetrate my soul and do not allow me to sleep. Will it really be me, the son of Professor Ben Tzion Netanyahu, who will divide Jerusalem? 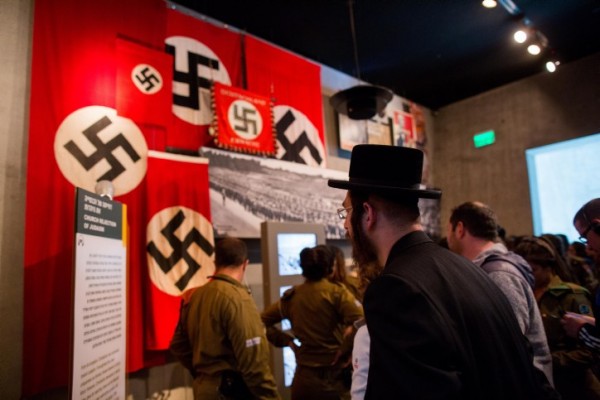 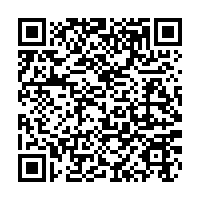