We are not fighting Gazans. We are fighting ourselves. In other words, the battlefield is not the Gaza border, but rather the plane of our moral foundation.

When Gazans say the land belongs to them, they’re talking about historical justice. When we talk about economic rehabilitation, opening or closing checkpoints, security, etc., we’re talk about everything in the world except what they’re talk about. We talk pragmatism. But justice will beat pragmatism every time.

So how do we defeat someone who says Jaffa is his? By answering that Gaza is ours. Historically, ethically, and according to our faith – it is ours alone. But as long as we are incapable of uttering this truth – as long as we remain pragmatic – their kites will continue to defeat our F-35s.

Exactly 23 years ago last week, Shmuel Sackett and I, together with thousands of amazing people, blocked the roads in Israel as part of the Zo Artzeinu attempt to stop the Oslo Accords. The country came to a standstill. It was the largest protest that Israel had ever seen.

We did not succeed in stopping Oslo and its horrors because the Right, which won the next elections, had no alternative to it. It still doesn’t. Israel is stuck in Oslo. It can’t swallow it and can’t spit it up. It pays the price of Oslo in blood and bows before terror kites.

Zehut is the alternative to the stillborn vision of the Left and the Right’s lack of vision. Zehut was born 23 years ago in the Zo Artzeinu movement.

From the bottom of my heart, I thank all those who have been on this journey with me – part of it or all of it – from then until now. We will not stop until we establish leadership that provides our nation with an alternative to Oslo and leads it to its destiny, to its essential message, to its liberty, and to its happiness. 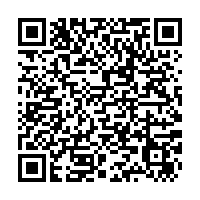