Editor’s note: After a rocket from Gaza destroyed a Be’er Sheva home last week, Moshe Feiglin was interviewed on Moreshet Radio. The following are translated excerpts.

Maybe the situation in Gaza has no solution?


I don’t agree. There is a solution. But first we must define the problem.

What is the problem?

The problem is we don’t want to win. We don’t want to win because winning means we return to Gaza. And returning to Gaza means we bury the “two-state solution” and the Oslo Accords – our last hope to be a nation like all other nations, a normal nation, whose neighbors live with it in peace.

You want to return to Gaza and start collecting their garbage?

Let’s remind ourselves of the facts – because there are such things as facts. Our situation when we were in Gaza was paradise compared to what it is today. Jews were able to freely walk around Gaza, rockets were not flying out of there, southern Israel was not burning, and Be’er Sheva was not its captive – with Tel Aviv soon to follow.

So, first of all, when you make a colossal mistake, like retreating from Gaza, fix it and restore the situation to what it was. Even if you do not get complete peace and quiet, and even if there will be problems, they will be miniscule compared to what we are facing now.

The constant warnings and nightmare scenarios that prevent us from returning to Gaza are employed in order to preserve an ideology: to preserve Oslo and the entire peace industry that has grown up around it and all the politicians and senior army officers who advanced because of it and have become subservient to its mentality. An entire echelon of leadership has to go home to allow us to free ourselves from our captivity to Gaza – captivity that we brought upon ourselves.

Zehut is not talking only about returning to our previous situation; it also shows how, after rectifying the horrible Oslo fiasco, we can progress toward a true solution. I will repeat again the points of the true solution that will come afterwards:

There are between one and a half million to 1.75 million residents of Gaza. Over 90 percent of them wish to leave. The vast majority of them have refugee cards, which means the EU must accept them. All we have to do is to open the gates to the prison camp that we created in Gaza and allow them in an orderly and safe way to emigrate.

Within 10-15 years, the vast majority will leave Gaza. Those who remain will have a choice: Those who wish to retain their current permanent residence status may do so. Those who wish to become Israeli citizens, and whom Israel wishes to accept as citizens, will have to go through a long process of proof of loyalty to the State of Israel.

All we have to do is understand that the Oslo process has failed, that this land belongs to the Jewish Nation – exclusively – and to want this to be the final word. If we don’t want this, we will continue to be captive to Gaza.

You will have a hard time trying to get the public to accept such a grandiose plan.

First of all, I believe this plan is right and I have a lot of support for it. However, it is true that the Right has also adopted the Oslo mentality. Bennett talks about Areas A and B and C and what parts of the land will remain for us. After Binyamin Netanyahu hugged Arafat and closed us all into the Oslo cage, it is very difficult for the public to think out of the Oslo box.

But when you say the truth and persevere and you are determined, ultimately reality leads to you. And that is what will happen with Zehut. 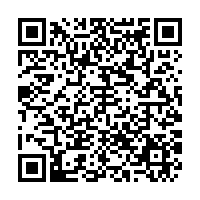