When people thought that Avigdor Lieberman would someday be prime minister, I explained that Yisrael Beiteinu would disappear from the political map. The reason is that, like Kadima, the former foreign minister’s party is about a person, not a party. Lieberman is a talented and very charismatic leader who created a party with a steady and loyal voter base. The real market value of Yisrael Beiteinu (as long as Lieberman heads it) is eight mandates. In the previous elections, the Likud lost approximately 10 mandates as a result of Netanyahu’s battle against me. Most of those mandates went to Lieberman and raised the party’s market value way above where it should be. As the state’s attorney has managed to sideline Lieberman, his party will shrivel up and its voters will disperse (temporarily) to a number of parties – primarily to the Jewish Home Party.

Naftali Bennett’s new party is undoubtedly the most fascinating story of the election campaign. For about 20 years, the National Religious Party’s stock has been traded way below its true value, which I estimate to be about 8-10 mandates.

The reasons for the political downfall of religious Zionism are a combination of irrelevant ideology and aging leadership that did not have the wisdom to involve the public in choosing the party’s ideological path and its leadership. The first (message), fifth (mechanism) and sixth (leadership) components of party building were extremely problematic.

The general public that in the 1970s expected the “new generation of crocheted kippot” to take responsibility and lead despaired of the religious Zionists and turned to alternatives. Over the years, those who had represented Israeli hope turned into a type of “nudnik.” The NRP, which had won 12 mandates in 1977, was hounded by infighting and practically disappeared. Religious Zionism is a unique sector that feels all-inclusive responsibility for the nation of Israel. It contributes to society, volunteers and serves more than any other sector in the country. But it is this very sector that has found itself harassed, expelled from its status and sometimes even from its own homes.

The haredi parties do not participate in the Zionist endeavor and the religious Zionists tended to scorn them. But they have many more mandates than the NRP. The religious Zionists, more numerous and higher quality, looked on for an entire generation as Israeli society turned its back on them, stopped taking their needs and opinions into account, ignored their great contribution to the state and cozied up to the politics of its haredi competitors.

The NRP’s message is not narrow; it appeals to the general public. But its political tool is narrow. The Religious Zionist nationalist/rightist ideology prevents it from skipping between Right and Left, as the haredi parties do. This built-in political glitch leaves them empty-handed on both ends. They don’t really enjoy the privilege of turning to the general public. Conversely, they don’t enjoy the bargaining advantage of limited politics. After all, the Jewish Home Party will never endorse Shelly Yachimovich as its candidate for prime minister.

If the Likud continues to lose ground in the polls until its continued rule is in danger, the Jewish Home voters will rush to vote Likud because the Jewish Home does not supply the merchandise. It does not offer a ruling alternative. All it really supplies is a psychological sense of ease.

So what caused the religious Zionist stock to almost double its value? After all, it did not solve its basic problem, the dissonance between its all-inclusive ideology and its narrow political tool. In these elections, Jewish Home provides the opportunity to restore the lost honor of an entire generation. Once again, “we” matter. A long list of very worthy representatives of the religious Zionist community will enter the Knesset, making Jewish Home the third largest party in the Knesset. The religious Zionists feel that they are once again taking their rightful place in Israeli society.

Its successful registration drive and primaries restored a well-run party mechanism. It reconnected the party to its natural membership base and its ideological supporters, and it installed a new and charismatic leader in Bennett as its head.

The Jewish Home is now being traded for 13 mandates – and counting. It can certainly get more in the elections. But in the future, it will shrink back to its real value. This is because its charismatic leader does not really herald a new message and does not really solve the dissonance described above. 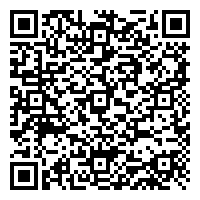