I watched the video of the violent arrest of Yitzhar resident Boaz Albert with deep shock. It looks like the government is planning the following strategy of “mental preparation” in advance of the results of the Israeli-Palestinians peace negotiations: trampling and negating the basic protest rights of the residents of Judea and Samaria as a precursor to expulsion or abandonment.

The ministers and Knesset members from all political camps must demand Boaz Albert’s immediate release and the immediate dismissal of the commander of this brutal arrest. The political debate must be conducted with respect for the civil and human rights of every individual. Government violence, which begins with administrative orders against Jewish citizens – distancing a person from his home, family and work without trial – will ultimately lead to more horrific pictures similar to the ones we saw of the brutal arrest of a person in front of his small children and cruel physical abuse perpetrated against him with a Taser.

I turn to the representatives of the national camp with a special request: The time has come to place a stop sign in the path of this government. A government cannot be called “nationalist,” and there is no reason for its existence, if it is transferring Israeli sovereignty on the Temple Mount to the Jordanians, releasing terrorists, negotiating with those whose declared goal is the destruction of the state of Israel, and trampling the most basic rights of Jews like Boaz Albert. The time to stop the march off the cliff is now – not when it is too late.

I am not calling on anyone to resign. On the contrary, it is imperative to use all the political power that we have to forge a new direction and to compel the “nationalist” government to carry out the policies that it was elected to implement. The vote on the budget, a powerful tool for leverage, was already wasted. But at this stage we must use all the political power that the national camp has, including obstruction of the government and Knesset’s work so that it will not be business as usual for Netanyahu.

Netanyahu must be stopped now. The red line has already been crossed. Any lingering makes the national camp a partner in these crimes and erodes its ability to stand against the program being led by the prime minister – as we experienced with former prime minister Ariel Sharon.

The Shomron Settler’s Committee is selling wine made by Boaz Albert in order to financially help him and his family. I will be buying 52 bottles of his most expensive wine – one for each Shabbat of the year. I urge you to buy Albert’s wine as well, and to do your part to help him weather this storm. This is the link to the order form.

We are all in this together and must help each other. Here’s to am Yisrael, which can be proud to have a son like Boaz Albert.

Violent Riot Police Extract Settler from Home in Under 5 Hrs. 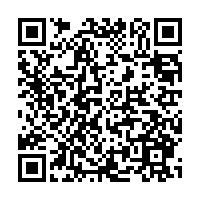