Why didn’t Netanyahu put any effort into having you join the right bloc, as he did with Otzma Yehudit?


Otzma Yehudit is in Netanyahu’s pocket, but Netanyahu understands that I am not in his pocket. He is unifying them all in a mutual hatred circle under his camp. But he knows that I am not there, so he doesn’t want me.

It is not that Netanyahu and I have a personal conflict. I have nothing personal against him and I did not join in the whole festival regarding the charges against him.

Will you sit in a government with Netanyahu even if he is indicted?

I don’t think Netanyahu is really righteous, but I think he is much less corrupt than most of the prime ministers we have had since the Six-Day War, and nobody said anything about them. There is no comparison between Netanyahu’s alleged corruption and that of Shimon Peres, and nobody hounded him.

Netanyahu is a strategic catastrophe. I am not in his pocket and I declare that wherever I speak. But the way that the elite is attempting to change the ruling party – by means of investigations – I don’t like it and it will not prevent me from being a part of his coalition.

Would you prefer to sit in a government formed by Gantz and Lapid or Netanyahu?

Clearly, the group of soiled generals that has gathered around Gantz is not exactly my cup of tea. But Netanyahu and his group have no new message, either. I came from the Right, I am loyal to this land and Jewish identity is part of my soul. But I will join whoever will make it possible for me to advance my platform in the best way.

There are things in Zehut’s platform that are practically unrealistic. For example, to nullify the draft and turn the army into a professional force. Is Israel ready for a step like that?

Most of the soldiers killed in the army have not died in action, but rather have committed suicide. Mandatory draft of everybody possible damages security.

If we take Yair Lapid and Rabbi Yisrael Eichler – which of them contributed more to Israel’s security? People answer Yair Lapid because he was in the army. But the truth is that he contributed less to security, because at least Rabbi Eichler did not hamper security.

How did Yair Lapid hamper security?

As a reporter for the IDF magazine, he contributed less than a person who did not serve, because the system had to take care of him – to clothe him and feed him – while his position made no security contribution. How many Lapids like that are in the army because the army was obligated to draft them? And then they end up creating extra weight for the system.

The answer is that there is a huge pile of unnecessary soldiers on the grass at main IDF headquarters. Everybody should be drafted for a short preparatory training, and from among them, the professional army can choose the people it needs.

Zehut calls for application of sovereignty in all parts of the Land of Israel, including the Temple Mount. Are your voters radical rightists?

Even the radical Left is beginning to understand that the solution is one-state and not two. But I hope that Zehut will get the Finance and Education ministries in the upcoming government. I am not interested in the Defense and Foreign ministries.

There are Otzma Yehudit and New Right voters in our party, as well as extreme leftists. I estimate that we will bring in an entire mandate from Meretz voters. All the parties are contributing their voters.

How can leftist Meretz voters vote for a party that says, “There is no such thing as a Palestinian nation”?

It’s a fact. We tell the truth and we also speak about human rights. The direction that Israel has taken over the past 25 years has negated the human rights of the Arabs of Judea, Samaria, and Gaza.

Today, they throw homosexuals off the rooftops, which did not happen when Israel ruled there. Those who really care about human rights have to turn the wheels back so that these people will once again have their rights.

There is interest in you on social media, and Zehut’s platform-book has become a best-seller in the non-fiction category. But how many of those supporters are youth who are enjoying a joke, and how many of them will actually vote for Zehut?

I don’t think that when a person buys a book, it is because he is enjoying a joke. They buy the book because they feel that we respect their intelligence with a detailed platform of 344 pages. We relate to the voters as people who have to make a decision on Election Day, and not as voting animals who have to be dragged in through hatred or hollow slogans.

Our connection to legalization is not a joke or a gimmick. It is the tip of the iceberg of the value of liberty in which I believe. We must remove the state from our veins and leave it with the role that it should have: to defend us. Nothing more. 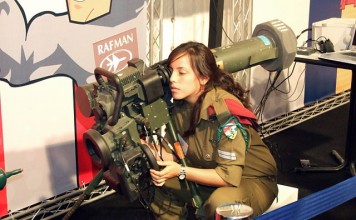 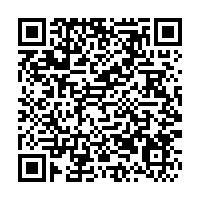