On March 9, 2009, the first Purim celebrations in many years took place in Tarnow. The program included the reading of Megillat Esther and tasting traditional Jewish dishes. The event was organized by The Michael H. Traison Fund for Poland; the Foundation for the Preservation of Jewish Heritage in Poland; Chabad-Lubavitch Warsaw; Adam Bartosz and the Committee of Protection of Jewish Monuments in Tarnow; and the Galicia Jewish Museum of Krakow.

Rabbi Stambler, the Chabad Shaliach, Reading the Megillah in Tarnow.

A few weeks ago a group of Israelis and Polish students got together to explore the Jewish heritage of Siedlce. Despite the weather (heavy wind and snow) the visit to Siedlce was a success. Polish kids came in numbers and the little Jewish girls won their hearts immediately. Working together they managed to decipher some names on the matzevot and gathered few bags of trash as well.

Jews and Poles working together in the Siedlce Cemetery.

The headmaster of the high school saved the day by bringing loads of hot tea and distributing it among the students. Rabbi Zarczynski created a nice atmosphere and the vice-president of Siedlce delivered a speech and placed flowers on a mass grave of local Jews murdered during the Holocaust. All in all, both Polish and Jewish kids will surely remember that day.

Two Israeli students at the new sign in the Jewish cemetery of Siedlce.

A memorial tablet commemorating the Jewish community of Siedlce, financed by the Foundation for the Preservation of Jewish Heritage in Poland and the Jewish Community of Warsaw, was unveiled on the cemetery wall. A road marker in the shape of a Star of David – funded by Michael Traison Fund for Poland – was placed on an access road to the cemetery. 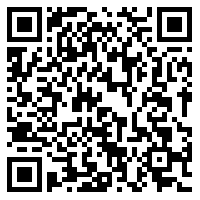