Home InDepth Columns Polish Prisoners To Help Maintain Jewish Cemeteries
Share on Facebook
Tweet on Twitter
As I have reported many times over the past 12 years that I have been writing this column, one of the major problems in Poland today, even greater then anti-Semitism, is the poor condition of Jewish historical sites. Many of the cemeteries are overgrown and synagogue buildings are in disrepair.

Lack of funds is one of the major reasons for this sorry state but even when money is available manpower is often not available.

Last week a unique solution to the problem of manpower was realized, a solution that can serve as a model for other countries where there is a similar problem. But it will only work if it is in a country that is at least sympathetic to Jewish history, culture and memory as is the case with Poland.

The Polish Government and the Warsaw-based The Foundation For the Preservation of Jewish Heritage in Poland have signed an unprecedented cooperation agreement under which prison inmates will help to refurbish Jewish historical sites throughout the country. The deal that was linked between Poland’s Central Board of Prisons Service and the Foundation is believed to be the first of its kind in Europe.

The program will make use of funds provided to Poland by the European Union under a program, which sponsors a variety of projects for those serving time in the correctional system.

“The agreement is based on the idea that prisoners will help to maintain and fix up Jewish cemeteries and other historical Jewish sites as part of their rehabilitation process,” Foundation CEO Monika Krawczyk said.

“It will also involve an educational component, such as teaching them about Jews and Jewish history in Poland,” she added.

The idea behind the program arose after the Polish Prisons Service and its Israeli counterpart agreed several months ago to cooperate in jointly restoring the Jewish cemetery in the city of Radom, 100 km. south of Warsaw.

“After that initiative was launched, we thought: Why limit it to Radom? Why not do it more generally throughout Poland?” explained Krawczyk, whose foundation is responsible for more than 1,100 Jewish cemeteries across the country, many of which are in dire need of repair.

“I think this agreement is a good and very constructive example to follow, because it is based on respect for history but is also directed to the future,” she said.

The refurbishing of Jewish burial grounds will be carried out under the supervision of the Polish Rabbinical Commission on Cemeteries, which is headed by Chief Rabbi of Poland, Rabbi Michael Schudrich.

On June 23, 2009, an official ceremony took place in the city of Przemysl in Poland. A memorial plaque in three languages (Polish, Hebrew and English) was unveiled on the front of a building, which served as a synagogue for the town’s Jews prior to the Holocaust. Among the dozens of participants attending the ceremony were: Israel’s Ambassador to Poland Mr. Zvi Rav-Ner; Shavei Israel Chairman Michael Freund, who initiated the event; Monika Krawczyk, CEO of the Foundation for the Preservation of Jewish Heritage in Poland; a representative of the US Consulate General in Krakow, as well as members of the local city council and other official organizations in Poland.

The building originally housed the Przemysl New Synagogue, which was completed in 1910. It was also known as the Scheinbach synagogue, named after Moishe Scheinbach who initiated its construction. The synagogue served as a house of Jewish prayer until the Nazi invasion of Poland. After the war it was confiscated by the Polish Government and turned into a library.

Speaking at the ceremony, Michael Freund, Chairman of Shavei Israel, said: “I am deeply moved that after so many decades, a sign has finally been posted here on the front of this synagogue to remind everyone that Jews once prayed here, including my relatives. This is an important step towards ensuring that what happened to the Jews of Przemysl during the Holocaust will not be forgotten. I urge other Jews and Israelis whose families came from towns in Eastern Europe to become more involved in preserving what remains of the priceless Jewish heritage that once flourished there.”

Then, turning to the audience, Freund addressed Przemysl Deputy-Mayor Wieslaw Jurkiewicz directly, urging him to return other Jewish sites in the city, such as the Old Jewish cemetery and the grounds of the Old Synagogue, to the Jewish community. “Mr. Jurkiewicz, I appeal to you in the name of the Jews who once lived here and played such a central role in the development of Przemysl: restore these holy places to their rightful owners,” Freund said, adding, “We cannot change the past, but we can – and must – do it justice. The time has come for the city of Przemysl to return the Jewish communal property into its hands to the Jewish people.” 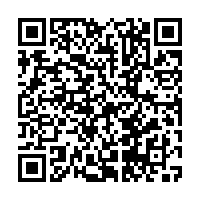