America is going through convulsions that may destroy it as the country we and the world have known for more than two centuries.

For all its flaws – virtually all of which were not unique to America but universal throughout human civilization – America has been regarded more than any other nation in modern times as a force for good in the world.


When a country is hit with a severe earthquake, its people do not look first to France or Germany – let alone to Russia or China – for assistance. They look to America. When bad people invade a country, the people of the invaded country hope and pray America will come to their aid. And for more than a century, when beleaguered people saw American troops, they generally danced with joy.

When people in any country in the world want to better their lives, whether in terms of freedom, human rights, or economic opportunity, they think of immigrating to America more than to any other country.

The only people to deny these facts are America’s homegrown America-haters. They see America as a force of evil at home and abroad.

So, too, they deny that on the planet called Earth, without a credible threat of American intervention, evil triumphs. In addition to America’s seminal contribution to vanquishing German and Japanese fascism, had America not won the Cold War, communism would have destroyed millions more lives than the more than 100 million it did.

Had America not sacrificed 37,000 of its finest young men, all of Korea would be the giant concentration camp that became North Korea. Had America triumphed in Vietnam, that country, too, would have ultimately been half-free instead of entirely enslaved.

The Stalinist communists who conquered South Vietnam produced a society so hellish nearly a million Vietnamese “boat people” risked drowning, being devoured by sharks, and murdered, tortured, and raped by pirates on the high seas to leave the communist hell that followed America’s withdrawal from their country.

I remember the shame I felt as an American when I saw crowds of Vietnamese who had helped America begging to be taken out of Vietnam along with American troops when the last American helicopters left Vietnam – and who were simply abandoned to their fate.

Now America is poised to do in Afghanistan what it did then – abandon the people it defended to the Islamist sadists known as the Taliban. How many Afghan boys and women will be raped when we leave? How many Afghan men will be tortured to death? Only G-d knows. But you don’t have to be G-d to know that it will be a large number.

So, why would we do such a thing – again?

Three reasons are given.

One is, “We cannot stay in Afghanistan forever.”

That argument is offered as if it is so self-evident that it needs no explanation. Which is probably why no one seems to offer one. But why can’t we stay there “forever” if doing so saves a country and tells the world that America sticks to its commitments and protects its allies?

We have stayed in Germany and South Korea “forever.” Is the world better or worse for it?

The second argument is, “We cannot nation-build.” That argument, too, is offered as if it were self-evidently valid. But it’s a phony argument. No one argued that we were in Afghanistan to “nation-build.” We were there because 9/11 was launched against us from there. And there is every reason to assume more terror will be directed from Afghanistan if we leave. And our presence there has kept Pakistan from falling into the control of Islamists.

Bret Stephens has recently argued that we didn’t go to Afghanistan “to kill Osama bin Laden, who was just one in a succession of terrorist masterminds. It was to prove Bin Laden wrong about America’s long-term commitments, especially overseas. In August 1996, Bin Laden issued his notorious fatwa declaring a war on the United States that he hoped would be long and bloody. He observed that, in one conflict after another, the Americans always cut and run.”

As for treasure, we spend between $50 and $100 billion a year in Afghanistan. That is far more morally justifiable than the trillion or more dollars we have spent in the last year to bail out Democratic governors and mayors and the unions they serve.

For the record, I would have made the identical argument if Donald Trump were president and removed us from Afghanistan. But the actual withdrawal is being conducted in a different administration.

To Democrats and Republicans who support the retreat from Afghanistan, I have a question: If Afghanistan comes to resemble Cambodia’s killing fields, will you still think it was the right decision? Or, to put it another way: Is there any level of evil, any emboldening of America-hating Islamists, any effect of an American defeat on the world or on America that would make you regret your decision to withdraw? 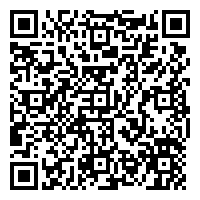