Approximately a year ago, Rabbi Dov Lior, venerated chief rabbi of Kiryat Arba, gave his approbation on a book about the Jewish laws of war, The King’s Torah, written by Rabbi Yitzhak Shapira. Among other issues, the book deals with the legal ramifications of the Israeli army taking action to kill terrorists even when enemy civilians may also be killed in the process. Rabbi Shapira cites numerous Jewish law sources to prove that this is permissible. The Left immediately accused Rabbi Shapira and the rabbis who gave their approbation on his book of incitement to murder. Recently, Rabbi Lior was questioned and arrested. Heated demonstrations by the rabbi’s students ensued.

For my part, I support everyone who protested against Rabbi Lior’s arrest. An evil cabal has taken control of some key positions in the Ministry of Justice and has transformed its public service positions into a tool of destruction. It makes no difference if the reason for their hostility is ideological, or an almost religious hunger for “enlightened” approval – or a combination of both. We must put an end to this despicable behavior.

Deputy State Prosecutor Shai Nitzan and his accomplices implement their evil actions within parameters determined by ideology and violence. Law enforcement is totally irrelevant to their actions. Just a few weeks ago, extreme leftist Uri Avnery publicly called for the killing of settlers. He was not called in for any type of questioning. Why not? Avnery and other “lovers of Israel” are on the correct side of the political divide. Rabbi Ovadia Yosef will not be questioned for remarks that would have brought Nitzan’s legions to the doorstep of any religious Zionist rabbi because Nitzan and his accomplices are a gang of weaklings who attack only those weaker than them. They would never dare enforce the law against those who know how to exact a price in the public domain.

When these are the rules of the so-called enlightened game, the public that sees Rabbi Lior as its spiritual leader has no choice but to participate in street protests. These protesters are not just protecting Rabbi Lior. They are also defending the State of Israel’s liberty from a hostile and destructive takeover by an aggressive gang that crushes our society, makes large swaths of our population miserable and endangers many lives. The youth protesting in the streets may not know this, but they are the true defenders of Israeli democracy in the face of a wanton takeover by a tiny and belligerent minority.

The forces of enlightened idol worship, under the guise of legality, have made it impossible for Israel to take such measures as making the prison conditions of terrorists less comfortable in order to free Gilad Shalit. It is impossible to overcome bureaucratic obstacles and authorize massive construction of new homes for young couples. It is impossible for a Jew to pray on the Temple Mount, for the police must protect the rights of the violent Arabs instead of those of the Jews. It is impossible to fight our enemies without an attorney for each soldier. The Israeli “justice” system does not include itself in Israeli life, but instead sees itself as an external factor – not just elevated above the nation, but actually disconnected from it.

If we want to return the justice system to the nation, we must return the nation to its own justice system. At this point, we still do not have a relevant Jewish legal codex for our modern reality, but we certainly have an excellent foundation. As soon as we seriously take Jewish law out of its exile and apply it to all facets of our current existence, it will become the most pertinent justice system for Israel. It will follow the Hebrew language’s rebirth from exile to its current status as the natural language for Israel, and the Jewish nation’s emergence from 2,000 years of exile to its return to its land. 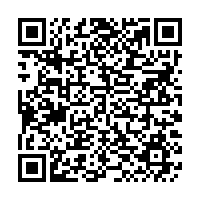