Home InDepth Columns Seventy Years Since The German Invasion Of Poland
Share on Facebook
Tweet on Twitter
September 1, 1939 is the date on which Germany invaded Poland, starting WWII. While it should be said that the start of the war was not the start of the Shoah, which actually began with the rise of Nazism in 1933, it was a major milestone in the annals of the Holocaust. Within the first few days of the war, Germany had conquered and/or bombed much of Poland, including the capital, Warsaw.

Danzig, today’s Gdansk, fell on the first day trapping 5,000 Jews. In Warsaw 3,000 Jews were killed in the indiscriminate bombing. On Sept. 2, in Stutthof, near Danzig, a sub-camp was created for civilian prisoners of war (Jews).  On Sept. 3, France and Great Britain declared war on Germany upholding their treaty with Poland signed only a week earlier.

The future Prime Minister of the State of Israel, David Ben-Gurion, vowed that Jews would fight to defeat the Germans and Hitler y”s. A total of 1.5 million Jewish servicemen and women would eventually fight on the side of the Allies opposing Germany. Five hundred and fifty-five thousand Jews fought in the U.S. Armed Forces, 116,000 fought for Great Britain and 243,000 from other countries.

During the first week of the invasion the Germans rolled into Krakow, Lodz, Tarnow, Radom, and Przemysl as well as many small shtetlach along the way.

The reason or the invasion given by Germany was to gain Lebensraum, (living space) but the effort to eliminate the Jews was an open secret. On a train carrying German troops to Poland there were painted signs reading, “We are going to Poland to thrash the Jews.”

Persecutions of the Jewish communities began immediately. During the first few weeks of the war, Chief S.S. Security Service, Reinhard Heydrich y”s, issued orders to the Einsatzgruppen to establish ghettos for the Jewish population in cooperation with the civil and military authorities. He decreed that all Jewish communities with a population of less than 500 people should be dissolved.

All Jews living in rural areas had to move to the cities, where ghettos were to be established, in order to facilitate their transfer to concentration camps. Heydrich also ordered the establishment of the Judenrat (Jewish councils) that would run the everyday life in the ghettos and work with the German authorities.  The first ghetto to be established was in Piotrkow/Treblinka on Sept. 30 1939.

On September 17, the Russians invaded Poland from the East and according to the August 23, 1939 Non-Aggression Act between Germany and Russia, divided Poland in half. According to the secret protocol of the Non-Aggression Act, also known as the Ribbentrop-Molotov Pact, the Germans retreated from some territory that they had agreed would belong to Russia, which they had already conquered.

It is interesting to note that in some cases Jews tried to escape to the German controlled areas when the Russians attacked, fearing a repeat of the Cossack atrocities 20 years earlier during World War I.

The Germans for their part expelled many Jews to the Russian side where they were forced into exile, often to Siberia, as possible enemies of the state.

In certain areas of Poland it can be said that the Russian invasion of Poland gave Jews a chance to escape. The Jews of Galicia, which was under German occupation, saw the devastation of the Jewish communities almost immediately while those in the Russian sector had a chance to organize and find refuge.

The most famous case was the escape of the Jews who received visas from the Japanese Diplomat Chiune Sugihara. Many of these Jews made their way to Japan and later to Shanghai. 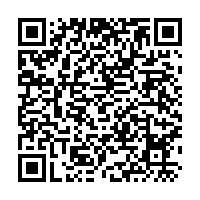