My wife and I are in a second marriage. She was divorced, I was widowed. Because her first marriage ended a long time before we became engaged, my wife had been on several dates in her quest to find the right guy. As we have been very happily married for twelve years now, I am very glad that none of those fellows got past a second or third date. Some of them barely survived the first one.

Yakov, for instance, who came from a Brooklyn chassidic family, owned his own electronic company. He had seen “The Godfather” over four hundred times (really!) and could perform the entire script by heart, which he offered to do repeatedly. Yakov clearly knew how to show a girl a good time.


Boruch came from somewhere in the south and preferred to be called by his nickname, “Bo.” He was a foot doctor and had a southern drawl that would have made Robert E. Lee send for an interpreter. “Bo” turned up for the date in Los Angeles wearing a Stetson just to make sure none of those wimpy Angelinos doubted where he wished he was instead. My wife advised him to return to Dixie as soon as he came across an airplane pointing in a southerly direction.

One fellow turned up on her doorstep having been dispatched all the way from England in search of true love. He arrived wearing a bowler hat and was called Charles. It may have been that Charles was a distant cousin of Bo’s, judging from the clichéd nature of their headwear. Certainly his attempt at wooing the fair damsel met the same fate.

Of course, Jews tend to absorb more than hometown dress habits. They mirror the cultures and attitudes of the countries in which they were born and raised.

German Jews – “Yekkes” – were renowned for scrupulous attention to detail and orderliness and punctuality in the practice of their religion. I have more than a few of them in my extended family and one told me the story of the husband who sent his wife a message the night when a five-word formulation in the Amidah prayers, “Give blessing on the earth,” expands to seven words, “Give dew and rain on the earth.” The message read, “Darlink, I might be home a little late tonight.”

Then there are chassidim who seem to stem from much less rigid and demanding societies. I have some of them in my family too. One of them told me a week ago, as a wide grin spread across his face, “Just because a chassid tells you something is going to start at precisely 6:30 doesn’t mean is actually has to start at 7:30!”

Southern Jews have refrigerator magnets that say “Shalom Y’all!” Many members of Brooklyn’s Jewish community believe that double (or triple) parking is a hiddur mitzvah, English Jews wear bowlers, and Scottish Jews wear kilts. As the Yiddish saying goes, “Azoi vi men criztilzich…azoi yiddishminzich” – the norms of the non-Jewish world are reflected in the Jewish world

According to Bereishis, it wasn’t always that way; after all, there weren’t any Jews at first. We debuted on the world stage a full twenty generations after the world began. Before that, humanity was one big happy family – or, to be more accurate, one big unhappy one. Then Hashem decided enough was enough and it was time to do something about the mess humanity was in. He produced an outstanding human being called Avraham who fearlessly set about showing the world there was another approach – a better and more ethical approach – to doing things.

As you know, there are many ways to persuade someone to embrace a new lifestyle. You may well have experienced a few. Perhaps you opened your front door one Sunday afternoon to find two young men standing outside with smiles that displayed some serious dental work, grasping copies of their Bibles.

Unlike Donald Trump before the three presidential debates, these young folks will have done some very serious preparation, with hours and hours of role-play, in the hope you’ll find the religion they’re selling irresistible.

Jews were never much into this approach. For a start, holding a Sefer Torah in your arms gets very uncomfortable after a while. If the would-be proselyte asks to see with his own eyes precisely where the thing you are quoting is written, the impracticality of unrolling an entire scroll means you’re sunk.

The Jewish way, as practiced by Avraham, is to create a society and a culture that people could observe, grow curious about, and be inspired by – and, as a result, perhaps even work to change their own societies.

Avraham didn’t stop there. He engaged with all people and was proactive in bringing a better way of doing things to a world in deep trouble.

The Torah’s narrative describes how the human race continued to grow along with its problems and crises. The original peoples evolved into seventy nations, each with its own unique identity and character. Some paid scrupulous attention to detail and were orderly and exacting in their approach to life. Others brought different perspectives and approaches to their societies.

The Jewish people evolved too and one Jew became the seventy souls who would make the journey to Egypt.

The Talmud points to the number seventy shared by the nations of the world and the Jews who went to Egypt and comments that the different qualities and unique gifts found among the nations were also found within the Jewish people.

That claim is easily proved. Jews have been members of almost every society and nation on earth. The values and philosophies of those nations were reflected by the Jews who lived there. Often they became greater exemplars of those values than the hosts themselves: German Jews excelled in every aspect of German culture; French Jews often expressed “Frenchness” as well as and sometimes better than other Frenchmen.

The chassidic masterpiece Shem MiShmuel states that this the way it was meant to be. Each of the original seventy Jews mirrored the qualities and talents of those early nations. Their task was to manifest and excel in those same unique qualities and lead the others that possessed them to use them for a better and more ethical purpose.

The world is now officially made up of 195 nations according to the United Nations (which, coming from that source, means the figure is probably a lie, but let’s ignore that for now).

There are myriad more souls today than the small number mentioned in Bereishis. As per the Shem MiShmuel, there are therefore many more people who could be positively influenced and inspired by each and every Jew.

And it’s not just the sort of inspiration that comes about when people realize that 0.02 percent of the world’s population has given it discoveries and insights that have earned 22 percent of Nobel prizes.

The inspiration and influence that really matters results when Jews who may wear Stetsons and say Shalom Y’all or bowler hats and speak with English accents – Jews who are clearly steeped in the cultures of others – inspire their countries and countrymen to adopt a more ethical way of doing things. An Avraham Avinu way of doing things.

That, after all, is why Hashem put Jews here in the first place.

Netanyahu: We Are in a Global Pandemic; It Needs to be Said 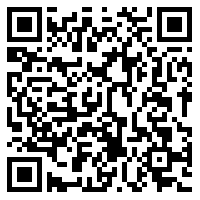