In 1648 Bogdan Chmielnicki and his Cossack hordes fell upon eastern Europe’s Jews with a barbarity they had not seen since the temple burned. Pregnant women were cruelly killed, babies brutally slaughtered. The number killed is estimated to have been 300,000. The total of Eastern European Jewry at the time was around 1,300,000.

Today Chmielnicki is a national hero in Ukraine. A statue of him riding a horse stands in the middle of Kiev.


There is a similar statue at the battlefield of Bannockburn where in 1314 Scotland’s King, Robert the Bruce secured her victory and independence from England. Last week someone defaced the statue with the word, “Racist.”

In Scotland, the people respect their hero, but he hardly held views that would have made him the ideal after-dinner speaker at the American Society of Political Correctness.

He would of course have had any Scottish homosexual executed. Those who challenged him could expect to be hanged, drawn and quartered. If you stole a sheep, you better have someone standing by to say Kaddish for you. It would be safe to speculate he would not have been a supporter of Black Lives Matter. In fact, like almost all of European, Arab, Chinese and African nobility, what mattered, was the nobility. Societal norms were a teeny bit different in different eras like the Thirteenth century.

Then there are different cultural norms. In some Islamic countries, a man marrying a girl as young as nine is perfectly accepted. In China, an abortion may be performed up until the moment the baby’s head leaves the mothers body. Criticize either of these practices and you will also find yourself barred from addressing the American Society of Political Correctness. If by any chance there is a statue of you sitting heroically upon a horse somewhere, you can expect to have it daubed or pulled down.

Some abhorrent practices and views are seen as…well…abhorrent, others get a free pass. (Imagine Antifa wanting to tear down a statue to one of history’s greatest mass-murders, Joseph Stalin…yeah sure!)

In an article on this subject in The Times of Israel, blogger Rob Sheinberg wrote about his reaction to seeing Bogdan Chmielnicki’s statue in Kiev…

“My Ukraine experience gave me just the tiniest taste of what it would be to be African-American and to live in a city with Confederate monuments. It is up to the American people to decide who gets venerated with public statues, and increasingly, Americans on both left and right are agreeing: those who led troops into battle to support the enslavement, imprisonment, physical abuse, rape and murder of African-Americans are not deserving of veneration.”

He argued that the statues should instead move to museums. I think he makes a fair point but an incomplete one.

The ongoing attacks by today’s Left on the history that some statues represent (leaving aside hypocrisy and double standards) is an attack on history itself.

“Every record has been destroyed or falsified, every book rewritten, every picture has been repainted, every statue and street building has been renamed, every date has been altered. And the process is continuing day by day and minute by minute. History has stopped. Nothing exists except an endless present in which the Party is always right.”

Human chronicles are full of people whose lives one hundred, or a thousand years ago were perfectly normal by the standards of their time and culture but appalling today. They are a part of the story of a city, a state, a country and the world. The real question to apply is do they reflect what was or what is?

When a statue’s story is evil as in the case of Bogdan Chmielnicki and it represents a world view that is rather than one that was, moving it to a museum is the right thing to do. When it merely recalls that such a person existed without endorsing his or her views, then tearing it down or defacing it is nothing more than imposing the Left’s traditional attempt to stop history and to make sure “Nothing exists except an endless present in which the Left is always right.” 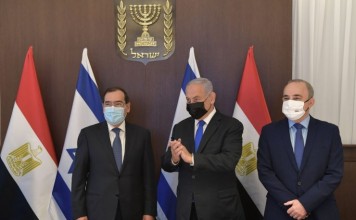