Home InDepth Columns The Keys
Share on Facebook
Tweet on Twitter
A visit to the United States, while pleasant, often restores for us the excitement of living in Israel and reminds us of why we went to live there in the first place – especially around this time of year. When I am asked to speak in the U.S., I usually try to explain to those Orthodox Jews who have not as yet come to live in Israel that the central theme of the entire Torah is Hashem’s command that Jews go to live in Israel. This theme is explained by Rashi in his comment on the first sentence in the Torah and permeates almost every single page in the Torah. I also try to explain why it is so important to come, as a mass, to vote those of little faith out of power. Israel needs your vote to bring sanity back to the country, and you need to go to Israel to fulfill Hashem’s specific instructions.

Whenever we tour, even to exotic places, we search out the religious community to share their experiences. From my brother’s home in Century Village of Boca Raton, we decided to take a day trip to the southern tip of the United States, Key West. My wife, Barbara, and I joined my brother, Avi, my sister-in-law Martha, and their son, Shlomo, in their van for the 160-mile drive to Key West.

After several hours of travel through lovely scenery, we reached Key West and began driving through the town. The first thing we noticed was a sign proclaiming a small building to be the Chabad Mikveh. We screeched to a stop, somewhat surprised to find Chabad in this tourist city, and called the phone number listed on the sign in the window of the mikveh. Rabbi Yaakov Zucker directed us to the location of the Mincha minyan (in a tourist shop near the Sloppy Joe restaurant on Duval Street – a main street in Key West).

Several years ago, before Key West became so popular, real estate prices were very depressed. Young Israelis saw an opportunity and purchased many of the stores on the main thoroughfare that sell to tourists who come on cruise ships or who come to vacation in “paradise.” More than 200 Israelis have come to Key West to seek their fortune.

Rabbi Zucker, who has spent the last ten years in Key West, and his wife, Chanie (they have B”H three young daughters), have accomplished a great deal. Besides the mikveh there is a summer camp, a nursery, a Hebrew school and daily minyanim. Chabad also provides free kosher meals on Shabbat.

Many of the stores on Duval Street have mezuzas, and more than a dozen young Israelis join in the Mincha and Maariv services. We realized that almost all of those at the minyan were non-religious, but they came to daven and listened to Rabbi Zucker’s short d’var Torah. It was an amazing experience, often repeated wherever Chabad is found. After living in Israel for so many years and knowing the attitude of many young Israelis toward religion, we were very impressed that so many of them were willing to take time off from work to participate in this minyan.

After Maariv we went to eat at Mom’s Kosher Restaurant. The food was delicious, in large portions and amazingly inexpensive. There we learned that even in “paradise” anti-Semitism can raise its ugly head. We asked why there was no sign indicating that the restaurant was kosher. The Israeli owner explained that many of the locals were upset that Jews had purchased so much prime real estate at depressed prices and were reaping excellent rewards. The Israelis tend to keep a very low profile to avoid conflict and prefer that the Chabad rabbi (and mashgiach) publicize to tourists where the restaurant and kosher supermarket are.

We spent a lovely day in Key West and were happy that the kosher facilities that we needed, were available. Comments may be sent to dov@gilor.com. 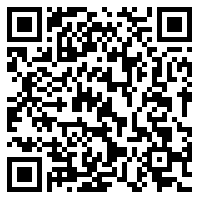