Just this morning one of those infuriating posts appeared on my Facebook page. You know the type I mean.

A Facebook friend I actually know posted a picture of an “obscure” object. It was a pedal-driven sewing machine (duh!). He then instructed me and the rest of his “friends” to “Share if you know what this is.”

My general reaction to these tin-pot dictators is to aggressively delete them. I sometimes reply with instructions of my own. I might post a picture of a $100 bill and direct them to send ten of these to my home address if they can recognize what it is.

This one from a while back followed the pattern of such posts but when it appeared, I stopped my finger from rushing to hammer on the delete button:

“Share if you are glad you are Shomer Negiah and Shomer Yichud!”

This popped up just after the avalanche of accusations that crashed down on the heads of several men in the wake of the Harvey Weinstein allegations.

Women in Hollywood suddenly felt able to speak out and speak loud about their own abuse stories…and they weren’t all about Harvey.

The list of famous names spread well beyond La La Land. Other names from other industries were added to the tally with their owners getting thrown into the tumbrel and carted off to the guillotine, their reputations and careers decapitated. The New York Times published a list of fifty-one Rich and Powerful men who stood accused, among them politicians, musicians, and journalists.

A movement sprung up: #MeToo. Women all over the Western world told stories of their own abuse by men in positions of power.

Hollywood’s well-known culture of requiring women to accommodate male predatory behavior in exchange for career advancement had been the catalyst. And Hollywood strove to show that it remained at the forefront of cultural ferment. The annual Golden Globe awards gala arrived earlier this month, and nearly all the stars – both male and female – in range of a camera or a microphone indicated their opposition to their industry’s established culture by dressing in black.

But something else happened at the Golden Globe ceremony that electrified and energized Hollywood’s liberal establishment: Oprah!

In her acceptance speech for receiving a lifetime achievement award, Ms. Winfrey had many of the black-clad superstars in tears with sentiments like this:

At this moment, there are some little girls watching as I become the first black woman to be given this award. I want all the girls watching to know: A new day is on the horizon. When that new day finally dawns, it will be because of the magnificent women and many of them are in this room tonight….

Speaking your truth is the most powerful tool we all have.”

For those listening, this was moving stuff. By the next day the press was full of speculation as to whether Oprah would seek the presidency in 2020. The rags-to-riches billionairess would be a champion against male exploitation of women (and, of course, Donald Trump).

But then the backlash began. Speaking your truth is indeed the most powerful tool we all have.

#SheKnew appeared on Twitter, as did scores of pictures showing Oprah – over many years – cuddling and hugging…Harvey Weinstein! These seemed to speak a different truth about Oprah.

That was a silly little joke on his part, playing off Oprah’s famous practice of giving expensive gifts (including, in one case, cars) to her studio audiences during her long run as a talk show host. Now for his “serious” point:

“Oprah is some kind of social force that has never existed before, quite frankly.”

He really did say that!

Steven Spielberg endorsed Oprah for president, declaring: “Oprah has had 35 years experience of creating… conversations on her syndicated television show. For me, those are her credentials for qualification.”

No, he really did say that!

Meryl Streep also endorsed Oprah for president, proclaiming, rather inartfully, that “No one can speak in less lofty terms…”

She said that, all right, which to my mind makes her and Hanks and Spielberg front-runners for an award in political naiveté. Is there a Golden Idiot Award?

But if there is some glimmer of doubt that Oprah was blissfully unaware of Harvey Weinstein’s behavior toward women, there has to be even more doubt that those three were unaware of it.

And if you argue we ought to give them the benefit of the doubt because of some nostalgic affection for “Sleepless in Seattle,” “E.T.,” or “Out of Africa,” then consider that many of the other equally talented and famous men and women who so conspicuously wore black to the Golden Globes were in reality complicit in covering up that abuse for decades, not only by ignoring it but applauding it.

Meryl Streep and almost every A-list actor gave a man (Roman Polanski) who drugged and raped a thirteen-year-old girl a standing ovation at the 2003 Oscar ceremony.

In a different BBC interview, an interviewer asked Tom Hanks if he was OK with the fact that Polanski and Mel Gibson are still members of the Academy of Motion Picture Arts and Sciences, the film industry’s governing body. He refused to answer.

Already, Weinstein-ish revelations have surfaced against some of the very men who dressed in black at the Golden Globes.

So perhaps it’s time for a Golden Hypocrite award. I would certainly vote for Meryl Streep or Tom Hanks.

(And by the way, how about Oprah, with her endorsement of Hillary Clinton, who’s made a career of covering up her husband’s serial abuse of women?)

Which takes me back to that rather self-congratulatory post that appeared on my Facebook page about being pleased to be Shomer Negiah and Shomer Yichud.

When I was growing up in the UK, Orthodox rabbis who refused to shake women’s hands were often the subject of ridicule. It goes without saying that opposition to mixed dancing was considered a complete joke.

Yet setting up barriers precisely like these provides respect and protection for both men and women. It allows interaction in professional and social settings that is mutually respectful and safe. It expresses a respect for women that is not Hollywood-feigned.

I have a friend who is so worried about the current atmosphere of accusation that he will not get into an elevator if the only other occupant is a woman.

That may be a tad paranoid, but wouldn’t it be nice if there could be norms and conventions that protected women from unwanted advances by men – and men from unfair accusations by women?

So in this case I will break my rule and share that Facebook invitation. Share…if you’re glad you’re Shomer Negiah and Shomer Yichud! 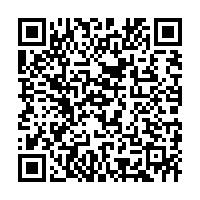