I recently had the pleasure of sitting in on a meeting of the “Lishka” of the renewed Sanhedrin in Israel. I was introduced to the existence of this weekly meeting by my son’s father-in-law, Rabbi Dr. Elihu Schatz, who is a member of the Sanhedrin, and I received permission to attend from the main initiator of the process, who has worked tirelessly on this project, the secretary of the Sanhedrin executive – Rabbi Dov Stein. I was very curious to understand how, why and who had the authority to set up a Sanhedrin in our day.

I had always understood that the Sanhedrin would be made up of the greatest Torah scholars of the generation and I was surprised that I was not familiar with most of the names mentioned. I learned that like every “innovation” in Jewish life, there were many aspects and complications in creating the reconstituted Sanhedrin in our time. Ours is a time when every suggestion of “change” draws aggressive militant criticism to such a degree that many rabbis, even the most pious, recognized and revered rabbis of our generation, seem afraid to solve, within the framework of Torah, some very serious problems facing Judaism today.

The Torah foundation upon which the Sanhedrin of today is based is the command that every Jewish (and non-Jewish) community must set up a legal system. To set up a Sanhedrin requires a very special rabbinical ordination of its members. This ordination, ideally, should have been the ordination passed down from Moshe Rabbenu. Unfortunately, this direct line of ordination was lost some 1,500 years ago, when Roman pogroms and persecutions led to the demise of the last Sanhedrin.

In Hilchot Sanhedrin Rambam (Maimonides) set out the principles of how to reestablish this special ordination. The rabbis of Israel must agree to grant ordination to one person. Once this person is ordained, he can ordain others. The recent three Orthodox attempts to reestablish this special ordination (1830, 1901, 1949) were met with very stiff rabbinical opposition; the ordination chains were quickly broken and no Sanhedrin was formed. What the fate of the current Sanhedrin, still in its infancy, will be, is open to question.

The attempt in 1538, for example, began in Safed, when 25 rabbis met and ordained Rabbi Yaakov Beirav. Rabbi Beirav ordained the chief rabbi of Jerusalem (The Maharalback), Rabbi Yosef Caro (author of the Shulchan Aruch), Rabbi Moshe Trani and Rabbi Yosef Sagis. Rabbi Caro later ordained Rabbi Moshe Alschech, and Rabbi Alschech ordained Rabbi Chaim Vital. Strife with the rabbi of Jerusalem and opposition soon hampered the project. It lasted four generations, but the persecutions of the Turkish Empire doomed the project. Those who received ordination were taken hostage and the community was forced to pay ransom. Eventually, the rabbis were forced to flee Israel, and the chain was broken.

The need for a Sanhedrin to unify halacha and the Jewish people is not questioned. What is questioned is who has the fortitude to start the process and how vocal the Orthodox rabbinical opposition will be.

To avoid claims that not all the rabbis of Israel were aware of the latest attempt to set up the Sanhedrin, 50,000 copies of a detailed flyer were distributed to 4,500 communities in Israel. Seven hundred leading rabbis were contacted personally or by mail. Rabbi Moshe Halberstam, who just recently passed away, was chosen to be ordained after he received approval from Israel’s leading rabbis and when no objections were received from the hundreds of rabbis consulted via the mails. He was a senior dayan in the Eida Haredit court, the president of Hatzala Israel, and the rosh kolel of the Galicia Kolel in Jerusalem,

Leading rabbis, including Rabbi Shalom Elyashiv, Rabbi Ovadia Yosef, Rabbi Zalman Nechemia Goldberg and many others gave their blessing but did not join the Sanhedrin. The son of Rabbi Mordecai Eliyahu is one of the rabbis ordained. Rabbi Avraham Shapiro abstained on the issue but also refused to discourage it. Rabbi Tzvi Eidan, the author of Asot Mishpat (which describes how it is possible to reestablish the Sanhedrin) was appointed as the interim president until an election is held. The elected nasi, or president, of the Sanhedrin is Rabbi Adin Steinzaltz, a noted Talmudic scholar and a well-known Jewish philosopher.

Comments may be sent to 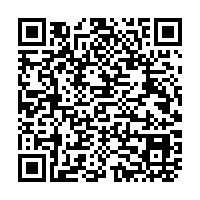