The new Sanhedrin first met in Tiberius because it was foretold that it would be renewed there and would be relocated to Jerusalem. That is exactly what has been done. At first, the names of many of those ordained were withheld, to avoid strong public pressure on them to renounce their membership. Today, more and more names have been made public as understanding of the importance of the Sanhedrin increases. The rabbis believe that they are performing an important mitzva rather than searching for fame or honor. The attitude of some of their colleagues is proof that honor is not the goal.

There is also a concern that the increasingly “non-Jewish” and “anti-Jewish” rulings handed down by the Israeli Supreme Court underscore the immediate need for an alternative legal system based on Torah and Talmud. While, at least in one instance, an Israeli court deferred to a ruling of the new Sanhedrin, the long-term effect of a religious Sanhedrin is yet to be seen.

The meeting I attended began with a prayer and a short reading of the Rambam. The discussions were serious, and I was impressed by their level and the level of several of the speakers. The Sanhedrin secretary, Rabbi Dov Stein, read the agenda for the meeting – a discussion both of “hot topics” and of philosophical questions. One of the hot topics concerned “collateral deaths in defensive response” and whether the Sanhedrin should publish a ruling on this issue. The Arabs have been firing Kassam rockets into Israel, trying to hit Jewish population centers, and the Israeli army has fired back into unpopulated areas but has not retaliated against Arab population centers for fear of the collateral deaths of civilians.

The question was asked, “Should Israel strive to stop further shelling of Israeli areas by making the price of shelling very high for the Arabs, or should Israel not retaliate, and be more concerned about civilian Arab casualties, even at the expense of Jewish lives?” The majority opinion seemed to be that “there are no innocents in a war zone” and that Israel should take any action necessary to prevent the murder of Jews. It was noted that since a large majority of the Palestinian Arabs had voted for Hamas, thereby agreeing to the Hamas goals of murdering Jews and destroying Israel, the civilian population had a status of “rodef” (oppressor or persecutor). Many disagreed, however, on whether or not the Sanhedrin should state a halachic ruling and publicize it.

The Sanhedrin exists within a non-religious country and world, and there is great concern about the negative impact of any ruling of the Sanhedrin on Israeli and world opinion. The majority agreed on the halachic aspect but did not agree on the impact of a statement that would be interpreted as “political” and might result in the Sanhedrin being socially marginalized. Would the publicity of a ruling be worthwhile? How would the Jewish and non-Jewish world view a call for “retaliation”? Most agreed that no matter what the decision, it must be placed in the context of a recommendation to avoid the world branding the Sanhedrin as having primitive and weird behavior. Others were concerned that Israel was “sitting with folded hands in embarrassed silence by not responding to the murderous rockets falling near our population centers.”

I found the level of the discussions quite stimulating. I did not fully understand the fear of public criticism and opinion, but realized that it is part of the growing pains of a religious institution in our “civilized” world. The consensus seems to have been that instead of rulings, recommendations should be made until the Sanhedrin gained greater public recognition.

The new Sanhedrin will, G-d willingly, grow and prosper. Eventually, additional prominent Torah scholars will flock to it and the members will gain more confidence. It was inspiring to see that there are many rabbis concerned enough to give of their time to revive this important institution in Torah life.

More information may be found at 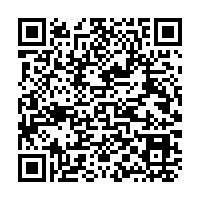