The Met’s exhibit, “Jerusalem 1000-1400: Every People Under Heaven,” opened in late September and focuses on “a city of fascinating complexity – home to many cultures, faiths, and languages.”


According to UNESCO’s simultaneous focus on that city, “every” seems to have gone missing and Jerusalem went from being the home of many to the home of one.

While the Met’s display is arguably feature-heavy with artifacts of Muslim and Christian origin, ancient Jewish manuscripts, pottery, and jewelry bring Jerusalem’s early Jewish inhabitants to life. And they point to the influence the city’s Jews had on later cultures. The timeline of religions, with Judaism giving birth to Christianity, followed many centuries later by Islam, reveals itself through gold coins, rings, and faded ink on yellowed parchment.

These proofs of an undeniable truth run counter to the recent bogus claims of UNESCO, which purged Jerusalem of any religion other than Islam. In back to back October resolutions, UNESCO, ironically known as the “intellectual” agency of the United Nations, condemned Israeli actions at Jerusalem’s holy sites while blatantly ignoring any Jewish (and, consequently, Christian) ties to the Temple Mount and the Western Wall complex.

The first resolution denounced Israel as an “occupying power” and slammed it for “aggressions and illegal measures” at the “Al-Aqsa Mosque/Al-Haram Al-Sharif” and the “Al-Buraq Plaza”. A week later, UNESCO’s World Heritage Committee again denied Judaism’s ties to the Old City and the Temple Mount, referring to it exclusively by its Arabic name.

Historical truth be damned, UNESCO would have us believe Jerusalem came of age with Muhammad – and that Judaism’s founding fathers, Abraham, Isaac, and Jacob, were mythical figures, along with King David and King Solomon and the holy Temple they built. The rug is pulled out from Christianity as well, casting doubt on numerous Christian scriptures.

Even UNESCO’s own director-general, Irina Bokova, criticized the resolution.

“To deny, conceal or erase any of the Jewish, Christian or Muslim traditions,” she said, “undermines the integrity of the site.”

In their attempt to erase the historical connection of Jews to their land, the rogues of the UN once again proved themselves to be masters at manipulating a false narrative. But the rest of the world is not let off the hook. It is important to note that for transgression to succeed, villains do not operate in a vacuum. They thrive in a climate of ready acquiescence.

UNESCO’s first resolution passed with 33 votes in favor, six against, and 17 abstentions. Not even close to a tie. And the slap on the wrist from America and Israel barely made a dent in opposition. When the second resolution came around, ten voted for, two against, eight abstained, and one was absent.

This is not surprising given an environment where easy manipulation of facts to achieve political and ideological goals has become widespread. The same factor behind the spread of historical revisionism at the UN is responsible for anti-Israel ventures such as BDS. The myth of Israeli “occupation of Palestinian land” pushed by political and academic activists took hold because it was allowed to take hold. Incessant hammering of that lie ultimately found a nesting place in a perhaps not too innocent audience.

This corruption of facts is at the core of much of the progressive agenda, which was given the green light for far too long by too many politicians, academics, and journalists.

To cite one example, in their bid to advance the environmentalist movement, radical environmentalists had no qualms advancing claims of scientific consensus on global warming by producing suspect data or suppressing dissent. From public school teachers to energy czars to Sesame Street and NPR, climate change in America has become the gospel truth of the twenty-first century.

The Black Lives Matter movement is another crusade based on a Kafkaesque distortion of facts. Pushing political correctness to the limit, progressives willfully ignore black on black crime and instead create a new reality of law enforcement personnel out to murder innocent black Americans.

The UN has always been notoriously anti-Israel, and its member states are often at odds with America. However, a worldwide climate of intolerance was needed for UNESCO to boost its expressions of anti-Zionism to outright anti-Semitism by denying the very existence of the Jewish people through their history.

Ignoring evidence to promote a cause is dangerous as well as duplicitous. Words have consequences. And those who buy such stories are just as complicit in the outcome as those who peddle them. We can only hope it will be easier to counteract any such negative outcomes with the ushering in of a new era of pushback against this dangerous trend. 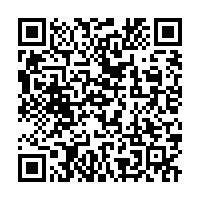