Time is a healer as the adage has it–and it is often a welcome one.

Victims of trauma often want to forget and try to “put it behind them” whether consciously or subconsciously.


I have often thought that the entire process of shiva and the rest of the Jewish year of mourning, is sheer genius. It invites instead, a mourner to confront their loss and talk about it over and over surrounded by people who love them.

That week of confronting pain in a therapeutic way, acknowledges and encourages them to face their new situation. Crucially, it maps out a schedule and timetable to mark when the pain will begin to diminish. A week, then thirty days, and then a year and then every year, a yahrzeit.

There is a clear message: as the hands of the Jewish clock move forward, you will get over this.

In the last few weeks, the Jewish people as a whole, and the religious community in particular, has experienced a trauma which has been simply enormous and appalling. A serial pedophile and philanderer, responsible for numerous divorces and molested children, in a final act of narcissism took his own life.

It might be that we want to move on and put this behind us. We mustn’t.

I once spent years trying to expose a pedophile. I’m sure my experiences were not uncommon. They included denial, cover up, police inertia and a reluctance and refusal of victims to come forward. In my case it also included having a car driven at me by the pedophile’s son.

There is a pattern which is common in such cases. Years and decades go by and the victims and casualties mount. Then one person stands up and tells their story and the bubble of silence bursts and the one person turns out to be ten, or twenty or scores. That’s when everyone shakes their heads and asks, why did it take so long?

That is certainly a question that needs answered in the case of Chaim Walder, whose evil crimes were hiding in plain sight for decades.

I simply do not know enough about the details of the case or about the societal and legal dynamics of Israel (In 2003, Walder received the Prime Minister’s “Child Protector” award) and “Hareidie Israel” to know what the answer in his case is.

I do know that this is only the latest of a sickeningly long list of Chaim Walders who destroy countless young lives.

This time though feels and seems different.

The Rabbonim I have watched online speaking out clearly and unambiguously that these people have the halachic status of murderers (rodef) is long and impressive. They include Dayan Zimmerman, Av Beth Din of London’s Federation of Synagogues, Rabbi Aaron Lopiansky, Rabbi Moshe Meiselman, and many, many more. Their message is the same, there is no prohibition in going to the authorities. It is a mitzvah to do so.

I noted in Dayan Zimmerman’s video he refused to call Chaim Walder “Rabbi” referring to him simply as “Mr.”

I don’t know if Walder was a Rabbi or a qualified and licensed therapist for the work he was doing with vulnerable children and women. But I am convinced that there is something we could change to help guard against more Walders along the way.

The laissez faire approach to the use of the title ‘Rabbi’ is one that simply must end. Anyone who is going to use that title in his interaction with other Jews (it encourages trust after all) has to actually have earned it and possess it.

Because the title conveys a message of trust, it has to meaningfully do so. That means that like all professionals there has to be a system where the Rabbi is properly qualified for the tasks he has to perform. It means that he is supervised and licensed. My own mastery of the first volume of Yoreh Deah equipped me to speak authoritatively about Kashrut, not marriages, mental illness and a host of other topics.

This is not hard to institute. The system I have in mind would be very similar to the various Kashrut authorities that exist at the moment.

I would be very happy to submit my Semicha for validation to, for example, Agudas Yisrael of America. They could create a division that validates and supervises Rabbis who submit themselves for approval. They would also run and require Rabbis to attend courses that will equip them in issues they are likely to face. Synagogue Rabbis would obviously attend different courses to Rebbes in elementary yeshiva. They would have to pay for their license of course, as do doctors, lawyers and other professionals.

The benefits to such a system are self-evident. The license givers would then become the first place to call if there were any concerns or worries about the professionalism of one of their Rabbis.

The OU could offer a similar system for Rabbis who mirror their religious orientation. Other organizations, Lubavitch, etc., would be responsible for the Rabbis they license.

Just like the various Kashrut organizations, there will likely evolve authorities whose standards are seen as the “Gold” standard that people can trust and shuls and schools will seek appointees on that basis.

Part of the rules of the American Bar Association states.

“Self-regulation of the legal profession requires that members of the profession initiate disciplinary investigation when they know of a violation of the Rules of Professional Conduct. Lawyers have a similar obligation with respect to judicial misconduct. An apparently isolated violation may indicate a pattern of misconduct that only a disciplinary investigation can uncover.”

This solution is not perfect, but it would go a long way in protecting the Jewish community from the next Walder and critically protect our most vulnerable members – our children. The time of ignoring those declaring themselves Rabbis and intervening in people’s lives at times when they are most vulnerable has to end. 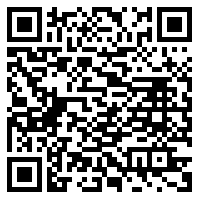