As of Tzom Gedalia, Sept. 25, I will be on a trip to Ukraine and Poland. The trip to Kiev in Ukraine will enable me to participate in the commemoration of the 65th anniversary of the massacre of 37,000 Jews at Babi Yar. The commemoration will be attended by political leaders from all over Europe, including Vladimir Putin from Russia and Victor Yuchenko of Ukraine.

I will also take advantage of the trip to explore the Jewish community of Kiev. Rabbi Azman of Kiev has invited me to spend Yom Kippur with him and promised to give me access to everything I need to report on the community at large.

After Yom Kippur I will travel by train to Warsaw, Poland, for the Sukkot holiday, returning to the U.S. after Simchat Torah.

During my stay in Poland I will be able to further my research and interview many people. Many changes have taken place in Poland since my last visit. There is now an emissary from the Lubavitch movement, as well as a chief rabbi in Galicia. This year also saw four new rabbis starting to work throughout Poland, when only a few short years ago Rabbi Schudrich was alone in teaching and leading the sparse community.

During Chol Hamoed I will be taking part in the reunion of Jews from the town of Czestachowa. Before the Shoah there was a thriving community in Czestachowa, and today there are almost no Jews left. During Chol Hamoed,Jews who remember what Jewish life was like before the Shoah will return to the town of their youth to show their children what they remember. For the first time in more then 60 years a sukkah will be built in Czestachowa and decorated by children around the world.

Simchat Torah is a holiday when even people who are only marginally Jewish come to the synagogue. I will be spending the holiday with the community and will return to report on the conditions in Poland. 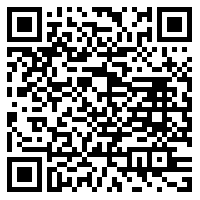