This is the 10th part of a series on Aliyah and Klita (absorption) stories of American Jews who came to Israel for ideological and religious reasons in the past years.

It is often hard to understand the attitude of American Orthodox Jews to Israel. How is it possible that they do not live in Israel? Every experience in Israel is a religious experience for a religious Jew. When we walk the streets of Beersheva, we may be traversing the same space where Avraham Avinu and Sarah Imeinu walked, or where Yitzchak or Rivka walked.

The Kotel (Western Wall) is less than one or two hours away from nearly any point in Israel. We can pray where King David or King Solomon prayed, and we sometimes can feel the presence of the prophets of old.

With airfares so low and entrance into Israel open to every Jew, why are there still so many Jewish religious communities all over the world?

Laibel and Debby Lipnick came to Israel in 1966 as part of a garin, a nucleus of friends who came to Israel to settle on a kibbutz. The garin acted as a support framework to ensure that all the members would remain in Israel, and they did all remain. The group came from New York, Baltimore, and Chicago, eleven couples and three singles, and they all settled in Kibbutz Lavi. All the men have served in the army, and so have many of their children. All are productive in various fields.

Laibel, Debby and their fellow garin members came to Israel to do what was needed to build up the country. None of them was running away from anything, and none of them was a burden, living off their parents. They were all college graduates with a wide spectrum of careers.

In Israel, many had to be retrained to fit the jobs that were needed. They were not like many modern olim who continue to work overseas and live in Israel because “they cannot make a sufficient living here.” These early pioneers lived within their means. Laibel feels that after some forty years in Israel, he is definitely successful. He, his wife and his garin have been instrumental in creating a vibrant and flourishing kibbutz that has grown from about 250 to 650 people.

Laibel and Debby have seven married children, and one who is as yet unmarried. They have eighteen grandchildren with IY”H more on the way. They feel that not only doctors, lawyers and business people should be considered role models, but also people with positive attributes (midot) and people who set aside time each day for studying Torah or spending stormy winter nights in young settlements doing guard duty.

Laibel and Debby also remind us that Americans were already coming to Israel in the early thirties both from Bnei Akiva and from other Zionist organizations.

In the late 1930’s, Eliezer Goldman, for example, came on aliya after finishing Yeshiva University. He went to Kibbutz Sde Eliyahu, becoming the economic director of the kibbutz, strengthening it and laying the foundation for the development and solidity of the kibbutz and Kibbutz HaDati in general. From the establishment of the State of Israel until the end of the 20th century, Bnei Akiva garinim have come to Israel to be part of the process of building of the state.

Another example is that of Debby’s cousin and her husband, Sylvia and Meyer Kaplan, who came on aliya in 1948. They stopped on the way in France to work to rehabilitate young children who had survived the Holocaust. Meyer established the Criminal Investigation Department of the Israel Police, founded the police labs, and was Israel’s representative to Interpol.

In his free time, he also was one of the founders and first president of the AACI. Laibel believes that the early olim enabled those who came later to establish themselves and to have a much easier absorption than that experienced by the earlier olim. (See the Lipnick family picture – attached)

Celia and Zvi Ofer live in Kiryat Arba, a community full of olim who, like them, are college graduates and professionals, and who made a deliberate decision back in the sixties and seventies to raise their families in the Jewish state. They never “schnorred” off anybody and were a source of pride and joy to the loved ones who, with a heavy heart, they left behind.

They miss their parents and sadly, to their six children, grandparents mean a telephone receiver. Celia, like many Jewish mothers, often does not sleep well at night worrying about her son, Avi, a member of a crack Nahal unit who is stationed in the heart of Jenin, and her son, Uri (a former Golani fighter), who lives with his small growing family in downtown Hebron, a minute’s walk from Ma’arat Hamachpela (the Cave of the Patriarchs).

Another son is a ten-year veteran of Mishmar Hagvul (Border Police), doing his part on a daily basis to keep Israel safe. Their daughter, who is married to the son of American olim who came to Israel in the 1970s, lives in the settlement of Eli, and another daughter studies at Hadassah Nursing School. Their youngest daughter just began Sherut Leumi in a kindergarten in Har Choma. Their hearts burst with thanks to the Almighty that He has been a partner in making their fateful decision of 30 years ago a success.

The Ofers are contributing to making Israel a viable state so that you may come soon to a built- up, safe homeland. While they may feel that they have not done anything special, they are typical of thousands of educated American families who have made aliyah.

Adriana Derry has been in Israel 23 years, one month and three weeks. She came from Southern California, more specifically from West Hollywood and Beverly Hills. She had just completed her post- graduate studies in law and decided to come to Israel. The only thing of real importance that she left behind was her entire family. (She came with a new husband, who is now an ex-husband).

Adriana has been a free-lance graphic designer and website developer for many years. Her greatest accomplishment is being the proud mother of 5 children and being able to care for them in a way that she always wanted to. She also has her own community website for Modiin and the surrounding communities, which is a great success for her personally. It gives her great satisfaction to be able to provide a service to the communities.

Adriana feels that the very best thing she did in her entire life was moving to Israel so many years ago. She has been back to Southern California twice, for two and a half years each time, and it was always very, very easy to come back HOME to Israel!

Her entire story is very complex. She was born and raised as a Protestant Christian and converted to Judaism at the age of 18, because she always believed that some kind of strange mistake had been made at her birth. At the age of 15, she had set her heart on coming to Israel, not knowing one single word of Hebrew, never even having even been in a beit knesset, or even knowing any Jews because her community was completely Seventh Day Adventist.

Asher Scharf and his wife were married for two years when they made aliyah to Kibbutz Ma’ale Gilboa in 1978. Asher had finished his BA in psychology, his MA in Jewish Education, and his Semicha for the Rabbinate, all at Yeshiva University. His wife finished her MA in Speech and Language Pathology at Queens College. When they made aliya, they left a loving family (on both sides) who were sorry to see them go, but who realized that they were achieving their life’s dream. Asher is today a technical writer working for a start-up company in southern Israel, and his wife works as a speech teacher and early childhood counselor in many schools and cities. 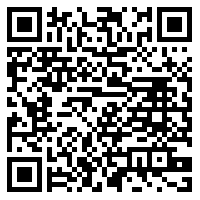