This is the third part of a series on Aliyah and Klita (absorption) stories of American Jews who came to Israel for ideological and religious reasons in the past years.

It is hard for modern day visitors to Israel to imagine some of the situations that immigrants to Israel found 20 and 30 years ago. Information by phone, for example, was hard to receive because office clerks would often be unwilling to give out information via the telephone (even about which documents you needed to bring to the office). Service was usually not considered a function of businesses or government, and public transportation was often the only way to get around because cars were prohibitively expensive to buy, maintain and run.

Today, Israel is a technologically advanced state and workers have been taught the importance of giving reasonable service. Clerks are willing to use the phone, fax and even the Internet. Instead of taking a number and waiting on a long line, you can get the information you need by surfing on government or company Internet sites.

For many of us, there is no place else to live but in Israel. This past Chanukah, I drove into the city of Kiryat Sefer in the early evening and was surprised that it was so dark on the street. I asked my son Avi why, and he explained that the city does not turn on the streetlights during Chanukah until an hour after the time for lighting the Chanukah lights so that everyone can see the lights burning brightly in every window or doorway. Pirsuma D’Nisa!

Alan Aranoff grew up in LA and received a BA and Master of Architecture degree at UCLA (under the tutelage of some of the best known architects of the time). He worked for Kohn Pedersen Fox, a major architecture firm in NYC. Despite their offers to substantially increase his pay and their other arguments against leaving (mostly, they just couldn’t figure him out – they thought his notice to leave was a ploy for more money), he moved to Israel in 1987.

Alan became a senior designer at a well-known Israeli firm and went on to become an independent architect and has been privileged to work on notable projects in Israel. But in the world of architecture, his Israel practice cannot quite compare with the international level of work (and compensation) that he had in New York. He believes, however, that the spiritual content of his work in Israel far surpasses anything he could ever have done in America, and he doesn’t think it is possible to raise children the same way in America.

His wife, Devorah, left a good position in computer programming with a large corporation in Chicago and was able to do similar work in Israel, but not, of course, under the same terms. For both of them it was not a simple thing at all to leave their home, jobs, parents and family.

Alan believes that when American Jews make remarks disparaging those who came on Aliyah many years ago, it is mostly to assuage their own guilt for themselves not making Aliyah. If someone who stayed in America can convince himself that he didn’t make Aliyah when he was young because he was successful in the States, while those that did make Aliyah did so because they had nothing to lose, it makes the one who remained behind feel better. The reality, as we know, is much different.

Alan can list a number of doctors (that’s one group that really sacrificed), writers, business people, etc. who made Aliyah not long after graduating Ivy League and other good schools many years ago. There were very few who left the States as failures, and those who did also tended to fail in their Aliyah and eventually moved back.

To this day, Israeli friends and colleagues often ask Alan how he could have possibly left his position in the States (when some of them dream of just being able to live there and speak English like an American…).

Sandy and Irv Portnoy arrived in Israel in 1976 from Chicago with four young children aged six to 13. Irv is a pediatrician and was in private practice in Chicago. In 1972, Irv was offered a position at Laniado Hospital in Netanya as soon as it opened its doors to the public. In 1976, the hospital opened and the Portnoys came on Aliyah. Irv became the chief of the newborn nursery during the first six years of Laniado Hospital and took care of many of the babies born in Netanya during those years. He later worked for almost 20 years at Kupat Cholim Leumit.

In America, the Portnoys had the opportunity to make lots of money, while in Israel, Irv was always a salaried worker. He consciously made the decision that he wanted to take care of Jewish babies in Israel. Irv also joined the Mishmar Ha’ezrachi, the volunteer home guard, within one week of his Aliyah, and guarded Netanya with a partner until he was drafted four years later.

Now that he has retired from Kupat Cholim, he has been volunteering three days a week with various units of the police – tourist police, regular patrols, and Border Patrol (some days working 10 or more hours). For 17 years he volunteered at Magen David Adom on the Intensive Care Ambulance one night a week (double shift).

Sandy worked at Laniado Hospital, and later at a high-tech electronics company as a Hebrew-English secretary. They have four children and 14 grandchildren to date (Kein Yirbu), all living in Israel. Sandy strongly feels that no American came here because (s)he was forced to. We all came voluntarily because of ideological reasons.

Abba and Ruthie Engelberg came in 1972 because they are Zionists. Ruthie was in Bnei Akiva for many years and Abba was teaching at Brooklyn Polytech and was a vice president of the Religious Zionists of America (RZA). Today, Abba heads Machon Tal (women’s division of Machon Lev).

Sandy Freundlich came on Aliyah in 1962 with her husband and an infant. Her husband had just finished his MA in Columbia in Physics. They went to live on kibbutz Tirat Tzvi for purely ideological reasons. In the United States, Sandy had been a Hebrew teacher. Sandy and her husband left kibbutz, raised a family, and she is still involved in education but on a supervisory level. She works for the Open University. Her children are all in Israel. They have degrees from MA to PhD and have served in the Army or Sherut Leumi. Like most American olim, she left behind her family, and it took a long time before you could afford to visit them in those days.

Tamar Ross was born and bred in Detroit. Her language at home was Hebrew, even though it was not her parent’s mother tongue, but rather because they were Zionists. In 1954, after finishing high school at age 16, Tamar decided to come to Israel for a year of limudei kodesh. At the time, there were no institutions in Israel for foreign students, and certainly not for women. She joined a program for Aliyat Hanoar leaders. Conditions at the course were primitive, with an outhouse for a toilet, cut up pieces of newspaper as toilet paper, and rations of half a hard-boiled egg as the protein for the day. Private cars, phones and electric refrigerators were rare luxuries that hardly anyone owned. This was in stark contrast to the middle-class suburban home and standard of living in which she grew up.

After that year, Tamar wrote to her parents and told them that she would like to stay in Israel. Her parents came to visit her in Israel and they too decided to make Aliyah. They arrived immediately prior to the Sinai campaign in 1956. Their Israeli friends suggested that they go back to America, and people were hoarding groceries in preparation for war. They refused to leave and stayed despite the war.

Tamar’s father became the secretary of the chief rabbinate and her mother became a supervisor of teachers of English as a foreign language in the Ministry of Education. Tamar raised children and went on to teach Jewish thought at Midreshet Lindenbaum and then became a professor of Jewish philosophy at Bar Ilan University. She is still employed by both institutions. This year, she is at Yale University serving as a visiting scholar. 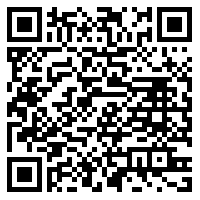