The past few weeks were filled with simchas. I had a new grandson born in Jerusalem and my oldest grandson’s and first granddaughter’s bar and bat mitzvah took place in Manchester, England.

Unsurprisingly, this abundance of celebration led my wife and me to board a plane in New York and head across the pond.

I had two other reasons for crossing the Atlantic. The first was that I had been afforded the very great privilege of addressing the Scottish Parliament in Edinburgh. The second was that I had to record eight scripts I had written for the BBC.

These latter two reasons caused many of my New York-based friends to raise an eyebrow or two: “The BBC – aren’t they anti Semitic?”

A similar sentiment was expressed by the few who know anything about Scotland and Scottish politics: “Isn’t the Scottish parliament anti-Semitic?”

Both of course were fair questions but I must admit I had to suppress a frown when I heard them. They came, after all, from folks whose city is home to The New York Times. There is more than a whiff of suspicion that the Gray Lady lacks (let me employ a large chunk of British understatement here) an appreciable level of affection for Orthodox Jews and the state of Israel. Consider too its preferred candidate for president, Hillary Clinton.

The long-delayed release of some of Hillary’s e-mails yielded one she received in 2011 from Thomas Pickering, a former U.S. ambassador to Israel, suggesting Washington foment Arab Spring-style Palestinian protests as a method of pushing the Israeli leadership into making concessions. Hillary’s response was to ask an aide to print it out for her.

Then there is the matter of Sidney Blumenthal (D.C. nickname: “Sid Vicious”), a longtime friend and adviser whose relationship with the Clintons Hillary tried to deny at the Benghazi hearings. Blumenthal, not exactly known as a stalwart champion of Israel himself, has a son named Max whose vicious criticism of the Jewish state is beyond the pale for even most leftists. His 2013 book Goliath (guess who Goliath is in Max’s eyes) was so over the top in its loathing of Israel and one-sided reporting that Eric Alterman, media critic for the left-wing Nation magazine, wrote that “it is no exaggeration to say that this book could have been published by the Hamas Book-of-the-Month Club (if it existed).”

Alterman may have hated Goliath, but proud papa Sid threw a book party for Max.

That connection – and how it symbolizes the Democratic Party’s eroding relationship with Israel – seems to elude most American Jews, particularly those who traditionally vote Democrat (the vast majority, in other words).

At any rate, as I sat drinking coffee with the ex-speaker of Scotland’s Parliament in its impressive new building, I was greeted warmly and genuinely by every MP I met. If this sounds strange – bearing in mind the Scottish government has issued more statements (none complimentary) relating to Israel than to any other foreign country – you haven’t been paying enough attention to the nature of the “new” anti-Semitism.

Those afflicted with the ailment would be profoundly appalled if you were to even mildly suggest they were infected. After all, they have for the most part assiduously avoided contact with those undeniably ill with the disease. And they are usually outspoken in declaring that anti-Semitism is a sickness that must be identified, isolated, and eradicated.

Like many diseases, though, strains change and transform, hiding in new hosts and making itself immune to old remedies. Those infected often don’t know or recognize they have become carriers. To state the obvious, people who themselves are ill with an aggressive condition are going to be very hard put to cure it in others.

It is precisely the lack of a robust response to anti-Semitism by people in government that allows it to multiply and mutate into more virulent forms.

While I was in Manchester, I spoke in the UK’s second-largest Jewish school, the one my newly bar mitzvahed grandson attends.

I had been warned that five minutes before my talk ended there was to be a scheduled “terrorist drill.”

I taught in this school regularly before moving to the U.S. five years ago. I had never heard of such a thing. Times have changed indeed.

It turned out that the previous week there had been another such event. I was told the drill had been a disaster. The children heard the sirens and ran out into the playground. This, the current wisdom declares, is the wrong thing to do. We were now all to practice doing it right!

The sirens sounded and we had to lock the classroom door and hide under tables and desks so that anyone looking through the window in the door would assume the classroom was empty.

Of course the teenage boys I had been addressing all thought this was great fun. They made jokes about hoping that if such a catastrophe should ever occur (God forbid), the terrorists would be particularly stupid people who would fail to notice feet and legs protruding from under classroom furniture and go home assuming they had chosen a bad day for mass murder.

That this is far from a laughing matter is evidenced by the fact that the British government has paid for security guards to patrol every synagogue and Jewish school in the country.

A great deal has changed in the five years of my absence. France has suffered several Islamic terrorist attacks. A significant number of European Muslims have traveled to Syria to train and fight for ISIS. Some have come back again.

This is another matter on which I have to suppress a frown. Why is there not beefed-up security at Jewish locations here in the U.S. too? This is the country where 9/11, the Boston Marathon bombing, Fort Hood, and San Bernardino occurred. And there are American Muslims who’ve traveled to Syria to train with and fight for ISIS.

Our current president has, in the course of nearly two full terms in office, been unable to string the words “Islamic” and “terrorism” together in one sentence.

I doubt very much if Sidney Blumenthal’s friend would be much better. 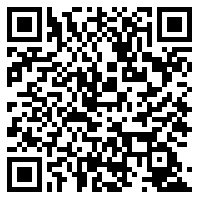