There is no definitive information on when Jews first came to Vishkov, but at the turn of the 20th century, the cemetery was the final resting place of at least four generations.

Vishkov in 1913 had a Jewish population of about 1500 families. In the era before the Shoah almost all Jews belonged to a synagogue, and using known statistics, the number of Jews was calculated as follows: The large synagogue had 800 worshipers and the new synagogue about 200; the Gerer Chasidim prayer house – 200; Alexander Chasidim – 200; Amshenover Chasidim – 50.

The Vishkov yeshiva, Beis-Yosef, had a good name throughout the town, and had a student population of about 200. The rabbi commuted from “outside of town.” The yeshiva was above the big synagogue and was led in the spirit of the traditions of the late Rabbi Yosef Salanter. Rabbi Shimon Chofetz, the yeshiva head, required nothing. His only goal was to educate the students in Torah and that they should constantly learn, day and night. His creed was to show the young men how to live in the world so that they could benefit from the world to come.

The rabbi of the yeshiva was Rabbi Avrahom Tzitrin, who later became recognized as a rabbi in a larger city. Besides this, other Torah readers gave Torah lessons. The Jews took upon themselves the care of the young men to secure a night’s lodging, food, clean laundry, and other needs. A women’s committee helped the yeshiva and its students. For the older boys there was a kitchen, while younger students went to different families for “eating days,” and were often given a place to sleep as well.

Vishkov had nine houses of worship and two minyanim. They were all were built near the big synagogue on Warsaw Street. There was concentrated almost all of the religious life of the town: the Talmud Torah that occupied three large rooms, the yeshiva above, and the mikva in the courtyard, the Hachnasat Orchim, or visitors place, where every stranger could sleep overnight.

In the great synagogue there were prayers at all times in the morning. There were 14 Torah scrolls. All three tables from afternoon to evening services were occupied with people busy in the act of learning. The small synagogue on Starazhatzkeh Street was for the Chevra Tehillim, which owned six Torah scrolls and were much occupied in learning and prayer. They were also called the “Synagogue of the Burial Society.”

The Gerer study-house shtibl on Strazhatzkeh Street held first place among the houses of study in Vishkov. It was built by the wealthy chasid Reb Zecharia Kopolovitch. Descriptions tell of the beautiful voices of young men that were carried through the window to the outside as they learned a page of Gemara with Tosefot and how every evening, about 60 Jews sat at a long table in the first room and studied the Daf Yomi.

But all that is history; gone are the nine synagogues the hundreds of yeshiva students, the rich and the poor, the chasid and the mitnagid of Vishkov. The town today near Bialystok is void of Jews – only the ghosts of the martyrs of the Shoah remain. 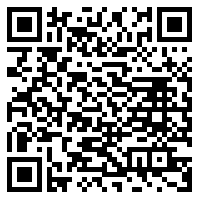