A growing number of groups – and countries – are embracing this definition, which, judging from current trends, will be etched in stone in a few years’ time. Anyone caught saying something that runs afoul of its 11 examples of anti-Semitic behavior will immediately be branded an anti-Semite.


But would this designation be justified? Anti-Semitism is a very serious charge. Anyone accused of it is liable to have his career ruined. The definition of anti-Semitism therefore must be fair, circumscribed, and based on truth.

Force someone to utter – and believe – an untruth, and all you do is create resentment, which can explode in your face down the road. Moreover, justice must be based on truth. It cannot be based on a lie.

I mainly object to two examples of anti-Semitic behavior in the IHRA definition. The first is: “Drawing comparisons of contemporary Israeli policy to that of the Nazis.”

When notorious Jew-haters like Mahmoud Abbas compare the IDF to the Gestapo, they are obviously channeling their inner anti-Semite. But it doesn’t follow that every person who draws “comparisons of contemporary Israeli policy to that of the Nazis” hates Jews. If it did, one would have to conclude that both radical charedim and radical settlers are anti-Semites. After all, they both occasionally call Israeli policemen “Nazis” when being arrested or targeted for building Jewish home on isolated hilltops in the West Bank.

One would also have to consider the philosopher Yeshayahu Leibowitz (brother of Nechama Leibowitz) an anti-Semite since he spoke of IDF soldiers becoming “Judeo-Nazis.”

But that, of course, is absurd. These people may be extremists, but they’re not anti-Semites. All of them used the epithet “Nazi” as a stand-in for “cold-blooded,” “evil,” or “heartless.” They used it to make a point. Nothing more.

The second ill-advised example of anti-Semitism that I object to is: “Accusing Jewish citizens of being more loyal to Israel, or to the alleged priorities of Jews worldwide, than to the interests of their own nations.”

Discussing this topic in a straightforward manner is very difficult for the reason I mentioned earlier, but it’s a denial of reality to insist that someone making this allegation is an anti-Semite. Aren’t there, for example, tens of thousands of American Jews who cast their votes in November primarily based on whether a candidate is pro-Israel? Should pointing out that fact now be considered anti-Semitic?

Besides, isn’t loyalty to the Jewish people above all the basis of the criticism voiced by many contemporary Jews against American Jewry of the 1940s? American Jews during this period didn’t aggressively lobby the U.S. government to save European Jewry because the country was at war and they didn’t want to engage in “special pleading.” Many Jews nowadays criticize them nonetheless. War or no war, we should have been “our brothers’ keepers,” they argue. Are these contemporary Jewish critics anti-Semites?

I love America and would die for it, but it’s absurd to say that only an anti-Semite would suggest that some Jews care more about Jewish interests or Israel’s interests than their home country’s interests. You can’t be an anti-Semite if you simply observe reality.

Fighting anti-Semitism is crucial. And we should do our best never to give fodder to anti-Semites. But we also can’t force the world to accept a false definition of anti-Semitism. It’s morally wrong and it’s liable to blow up in our faces.

So let’s drop this new definition and stick with the old, intuitive one, which has served us just fine till now.

The views expressed in this column do not necessarily reflect those of the full editorial board of The Jewish Press. 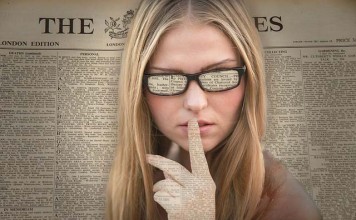 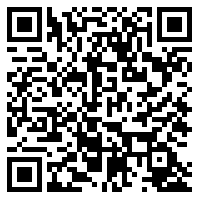