There are troubling signs that in the waning days of his presidency, Barack Obama may be ready to make one last all-out push for a Middle East settlement at Israel’s expense.

For better or worse, Mr. Obama has made what in his eyes are major breakthroughs in problem areas that have eluded his predecessors for decades. Immigration, health care, trade, Cuba, and Iran come immediately to mind. But together with Russia, North Korea, and China, the Middle East is an area where he has come up decidedly short in terms of what he had hoped to accomplish from the outset of his presidency.

There has been speculation for weeks now that the president intends to substantially reduce the heretofore extraordinary level of U.S. military aid to Israel that has until now characterized Mr. Obama’s time in office.

According to sources cited by the Wall Street Journal, this would be part of a White House effort to reenergize negotiations between Israel and the Palestinians that would include unprecedented administration support for a UN resolution outlining steps toward an agreement between Israel and the Palestinians and would call on both sides to make specific compromises on key issues.

Another initiative said to be under consideration is U.S. support for a joint statement by the Quartet critical of Israel’s settlement policy.

Particularly disturbing was a speech Vice President Biden recently delivered to J Street in which he spoke of “overwhelming frustration” with the Israeli government and said:

I firmly believe that the actions that Israel’s government has taken over the past several years – the steady and systematic expansion of settlements, the legalization of outposts, land seizures – they’re moving us and more importantly they’re moving Israel in the wrong direction.

To be sure, Mr. Biden also criticized Palestinian leaders for not condemning acts of terrorism against Israelis, but his ultimate point was inescapable: Israeli policies had made peace impossible at this point and Israeli concessions were therefore the key to peace.

The signs are all there: In the waning days of his presidency, Mr. Obama will try to press Israel into locking itself into a process he wants to jumpstart as a means of buffing his foreign policy legacy. 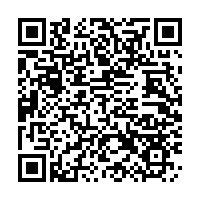