Leftist leader Sen. Bernie Sanders surprised many of us when he announced his support for the $1billion Iron Dome funding legislation designed to restock Israel’s highly effective defensive missile system that was seriously depleted in the recent war with Hamas. Had he actually come to an epiphany on the legitimacy of Israel’s confrontation with Hamas? Not really. In fact, the episode revealed just how visceral and mindless is his antipathy to Israel.

Sanders’s seeming change of heart came in a letter to Senate Majority Leader Chuck Schumer. Here are some pertinent excerpts.


Sanders starts out with a true but, from him, wholly unexpected concession: “I write to you today in regard to the $1billion in supplemental funding for Israel’s Iron Dome missile defense system. It is important to acknowledge that the Iron Dome system saves civilian lives from missile attacks. That is unquestionably a good thing, and something I support.”

Incongruously, however, he then went on to say, “If the goal of this…funding is to help replenish Iron Dome after the war that took place in May, it would be irresponsible if we do not at the same time address the enormous destruction and suffering that that war caused the Palestinians in Gaza.”

He went on to describe the damage in great detail:

Round after round of Israeli bombardment left huge portions of Gaza, one of the most densely populated areas of the world, completely demolished. Over 1,000 homes were destroyed. Seventeen hospitals and clinics and dozens of schools were severely damaged, as was Gaza’s only Covid-19 testing laboratory. Sewage systems and water pipes were destroyed, sending wastewater into Gaza’s street and cutting off fresh water and sewer service to many of it people, 72,000 people were displaced. All of this destruction comes on top of the longstanding economic and humanitarian crises facing Gaza, where 70 percent of young people are unemployed and have little hope for the future….

For us to provide an additional billion dollars in aid to Israel while ignoring the suffering of people in Gaza would be unconscionable and irresponsible. Just as we stand with the Israeli people people’s right to live in peace and security, we must do so for the Palestinian people as well.

Sander’s illogic is stunning! On the one hand he accepts that support for Israel – here is a good thing because the Iron Dome System saves the lives of Israeli citizens who but for Hamas’s rocketeering would not be threatened. So, presumably, on the other hand, Sanders must also believe that the damage inflicted on Gaza by Israel is Hamas’s work. How then can he equate the respective actions of Hamas and of Israel? Giving Gaza dollars for rebuilding is tantamount to addressing damage done to Gaza by its own rulers, while funding for Israel is for its efforts to defend against an outside enemy.

Moreover, to provide funding for Gaza would allow Hamas to escape the consequences of its perfidy in the eyes of Gazans. This would plainly incentivize further attacks. And this is to say nothing of the effective support it would provide to Hamas in its confrontation with Mahmoud Abbas’s Palestinian Authority in its ongoing contest for Palestinian leadership.

One does not have to deny that Gaza was on the receiving end of a punishing Israeli response to Hamas’s aggression to realize that Sanders is way off base in conditioning aid to Israel on aid to Gaza. It is comparing apples and oranges.

One also expects that Sanders fully understands all of this. And that is exactly the point. 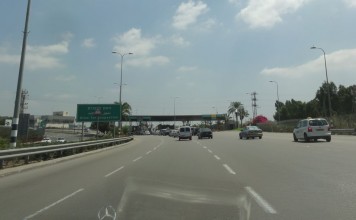 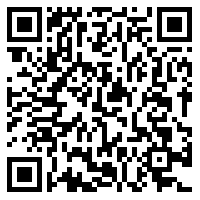