In every set of reported interviews in predominantly African-American communities during the course of the current spate of anti-Semitic attacks by blacks on Jews, the one constant is the refrain that economic aggression against blacks by interloping Jews is the root cause. Once again, blame the Jews; blame the victims for presuming to succeed where others have not.

Typical were the comments of a local black school board member, one Joan Terrell-Paige, about the expressions of sorrow following that murderous attack on a Jersey City kosher food market which resulted in the deaths of three Jews and a policeman. As we noted here at the time, Terrell-Paige said, doubtless hyperbolically:

Where was all this faith and hope when black homeowners were being threatened, intimidated and harassed by “want to buy your house” bullies of the Jewish community? They brazenly came on the property of black homeowners and waved bags of money…. [The perpetrators] went directly to the Kosher supermarket…. I believe they knew they would come out in body bags. What is the message they were sending? Are we brave enough to stop the assault on the black communities of America?

In fact, the media have seemingly confirmed the widespread presence of these sentiments in the black community by invariably noting the increasing tensions between existing black neighborhoods and growing Jewish communities when reporting on black-on-Jewish hate crimes.

To be sure, we have no reason to doubt that many blacks feel, rightly or wrongly, that they are getting the wrong end of the stick at the hands of more driven entrepreneurial Jews. But we strongly disagree with the notion that the solution lies in disabling the latter rather than encouraging the former to better compete.

Ironically, Jews played key roles in the civil rights movement and have been among the leading advocates for legislation to broaden educational and economic opportunity for minorities. Yet the stereotyping of Jews as a predator people persists in black neighborhoods.

Moreover, the incongruence is breathtaking. The same Jews being accused of inordinate success in the marketplace are largely the products of an educational system that is now being condemned by some for not providing an adequate education. Instead of yeshivas being demonized, the public schools should learn from them and maybe, then, the question of “why Johnnie can’t read” would go away. Why have other communities not produced the kind of entrepreneurial spirit that makes so many blacks envious? Yaffed, are you listening?

At Sunday’s “No Hate, No Fear” solidarity march against anti-Semitism, a featured speaker, Chaskell Bennett, made plain that there is more in play than just feelings within the black community. Our adherence to religious tenets has been regularly derided across the secular world as we refuse to embrace today’s radical, “anything goes” revisionism. Our fealty to faith, religious practice, family values, charity, and education are mocked as mere devices to escape the new normal of social responsibility. In a word, we are seen as outliers.

Perhaps as a reaction to the rally, Governor Cuomo has now committed to reform the recently adopted no-bail law. That law prohibits judges from setting bail as a condition for release on misdemeanors and minimally violent felonies. It also severely restricts the discretion of judges to set bail in cases where an individual is deemed a safety threat to themselves or others. The Jewish community has expressed its outrage that the new rules would feed into anti-Semitic attacks we are now seeing by putting perpetrators back on the street soon after being arrested, free to commit more offenses.

It is a good thing that we seem to have finally gotten the attention of the decision makers. But the solution does not lie only in one-dimensional security measures. Seriously addressing the problem of anti-Semitism will require more sophisticated prosecution of hate criminals and fostering a change in attitude in communities harboring those who would do us harm. 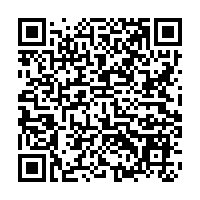