Governor Andrew Cuomo did an about-face on his stern call, two weeks ago, for investigations into the role of nursing home operators in the high number of coronavirus deaths in their facilities.

He had said the numbers were not inevitable and warned that those responsible would be held accountable. He spoke of fines of $10,000 per violation as well as the potential loss of license.

On Sunday though, the Governor said “nobody” should be prosecuted because older people were “always going to die from this virus.” He went on to say:

Who can we prosecute for [the] deaths? Nobody. Mother Nature, G-d, where did this virus come from? People are going to die by this virus, that is the truth…. Older people, vulnerable people are going to die from this virus. This is going to happen despite whatever you do; with all our progress as a society, we can’t keep everyone alive. Older people are more vulnerable. That is a fact that is not going to change…. You can have a situation where everyone did the right thing, and everyone tried their best, and people still die.

When a reporter pressed him further about his nursing home policy, he added:

Some think that the mandates that are currently in place, if they were in place from the get-go, they feel that their loved ones might still be here. [But] people rationalize death in different ways. I don’t think there is any rationale to say they would be alive today…. I increased the hospital capacity to an extent that we didn’t even need…. [We] did everything we could.

It’s little wonder why the governor abandoned his tough cop threats and decided to wax philosophical. Just days before, he was forced to withdraw his incomprehensible March 25 directive to nursing homes, which barred them from refusing hospital referrals on the basis of coronavirus concerns:

No resident shall be denied re-admission or admission solely based on a confirmed or suspected diagnosis of COVID-19. NHs (nursing homes) are prohibited from requiring a hospitalized resident who determined medically stable to be tested for COVID-19 prior to admission or readmission.

To be sure, the policy was said to have been designed to meet the “urgent need to expand hospital capacity…to be able to meet the demand for patients with COVID-19 requiring acute care.” But from day one, it has been obvious that the elderly were particularly vulnerable to the coronavirus, both because of their advanced age and the prevalence of underlying conditions among them.

Afterward, the governor was lambasted by incredulous New Yorkers – citizens and health professionals alike – not only nursing home operators. So Cuomo switched gears and announced a superseding regulation that provides that patients must test negative for the virus before hospitals can refer them to nursing homes.

He went on to say, rather incongruously: “We’re just not going to send a person who is positive to a nursing home after a hospital visit. Period. This virus uses nursing homes. They are ground zero. It’s a congregation of vulnerable people.”

But what facts on the ground changed since his initial order? The governor didn’t say and, of course, none had.

However, Cuomo didn’t let it rest there. He came up with a new order, too, which bespeaks of yet another failure to think things through. Nursing homes must now test their staff twice weekly for the virus. If this is important, why was it introduced so late in the game?

Further, according to The New York Post, there are 160,000 nursing home and 45,000 assisted-living staffers statewide, so bi-weekly tests mean 410,000 tests a week. Yet, there’s currently no way existing test processors can handle that volume. The largest public facility handles 6,000 a week, and resorting to private companies has not worked out and would cost more than $41 million. In addition, there is a scarcity of available testing kits to handle a load of two tests per week.

And there is another troubling indication of a serious lack of planning. The governor announced in the same press conference that those nursing homes workers who refuse to take tests would forfeit their jobs. He said workers cannot be forced to take a test, but they also do not have a right to work in a nursing home.

Then he quickly added this:

I’d have to check with my lawyers because I always get myself into litigation, I would say unnecessarily. We can’t make you take a test. But if a test is available and there’s no cost to you, why wouldn’t you take the test? If you don’t want to take the test, why would we let you work in a nursing home and let you endanger a potentially vulnerable population?

May we respectfully request that when dealing with the coronavirus, press conferences – even dramatic and popular ones – are no substitute for thoughtful policy analysis and deliberation. 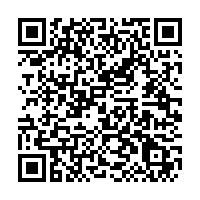