Last week’s 12-9 (eleven Republicans and one Democrat for; nine Democrats against) vote by the Senate Foreign Relations Committee approving David Friedman’s nomination by President Trump to be the American ambassador to Israel was welcome news.

Given the unanimous vote by the Republicans on the committee in support of Mr. Friedman, it’s highly likely that the Republican-controlled Senate will confirm him as well.


We would note however, that Mr. Friedman’s background and testimony at his confirmation hearings make clear that he fully understands the problems Israel faces in a neighborhood filled with enemies seeking its destruction. He seems fully prepared to carry out President Trump’s pro-Israel vision with intelligence and perhaps, equally as important, to provide the unvarnished information gathered on the ground the president will need going forward.

It is also worthy of note that New Jersey’s Bob Menendez was the only Democrat on the committee to vote in favor of Mr. Friedman’s nomination. Sadly, Senators Ben Cardin of Maryland and Corey Booker of New Jersey voted against the nomination.

There will be more to say about all of this after the full Senate votes on Mr. Friedman. 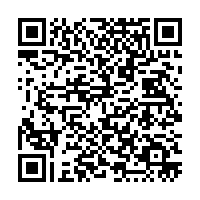