Below are more endorsements for the upcoming June 23 New York primary elections. We cannot emphasize enough the importance of our community coming out to vote. Waiting until the general elections in November will not work for us. Victory in the New York Democratic primaries is usually followed by victory in November.

So the time to make our voices heard is in the primaries. This is especially so because turnout in primaries is usually very low and this year there are multiple candidates in the key races, which makes victory easier. There is a chance for us to make a real difference and determine outcomes. But we have to vote.

5th Congressional District (Far Rockaway, Edgemere, Inwood, Valley Stream): We endorse Rep. Gregory Meeks, a longtime friend to our community. Over the years, he has typically gone out of his way to address Jewish concerns and acknowledge Jewish events in his district and has always been lavish in his praise of Jewish contributions to society generally.

He was among the first public officials to call out Rep. Ilhan Omar for her infamous anti-Semitic “It’s all about the Benjamins” tweet and to urge her to apologize.

6th Congressional District (Kew Garden Hills, Fresh Meadows, Flushing): In the Democratic primary, we support Rep. Grace Meng for re-election. In her several terms representing the 6th Congressional district, Meng has been sensitive to the needs of our community.

As a member of the House Appropriations Committee, she has championed several bills that are important to Israel and the Jewish community, some involving the Iron Dome defensive missile system, the upgrading of Israel’s Iron Sling missile, and Holocaust and anti-Semitism related issues.

9th Congressional District (Kensington, Midwood, Flatbush, Crown Heights): In the Democrat primary, we endorse (NYC Councilman) Chaim Deutsch: As we noted last week, Deutsch was the go-to person for anyone in need of help from government even before he ran for public office, and in the City Council he has elevated constituent services to an art form.

Sadly, his opponent, incumbent Yvette Clark, not only pays little attention to our issues, but neglects those of her other constituents as well. And she has taken anti-Israel positions and made common cause with the likes of Reps. Ilhan Omar, Rashida Tlaib, Alexandria Ocasio-Cortez, and Ayanna Pressley.

11th Congressional District (Staten Island, Brooklyn): In the Republican primary, we endorse (Assemblywoman) Nicole Malliotakis. We first got to know Malliotakis when she ran for mayor of New York City in 2017 against Bill de Blasio. During that campaign, she impressed us with her understanding of the issues facing the Jewish community and her abiding interest in Israel. In these trying times, we also recall her realistic grasp of the safety and health issues that confront us all.

14th Congressional District (parts of The Bronx, parts of Westchester, Queens): In the Democrat primary, we endorse Michele Caruso-Cabera. Caruso-Cabera seeks to unseat the notorious Alexandria Ocasio-Cortes who seems bent on making a career out of Israel-bashing and echoing anti-Jewish rhetoric and leading a radical socialist transformation of our economic and political systems.

In contrast, Caruso-Cabera is running as a moderate, pro-business Democratic alternative to Ocasio-Cortez who is also dedicated to paying attention to the needs of the district, something Ocasio-Cortez does not do.

16th Congressional District (parts of The Bronx, parts of Westchester): We support Rep. Elliot Engel for re-election. As we said last week, he is the chairman of the key House Foreign Affairs Committee, which gives him special clout as one of the leading supporters of Israel in Congress.

As a 16-year veteran in Congress, he is well-positioned to deliver for the district. By contrast, his challenger celebrates the support he has received from a far left group whose leadership voices support for BDS and defends progressives who make anti-Semitic remarks and likened Israel to the Nazi regime.

17th Congressional District (Rockland County, Westchester): In the Democrat primary, we endorse Adam Schleifer, a practicing attorney and former Assistant U.S. Attorney and consumer protection regulator. He promises to address the serious disruptions in our society and rebuild a culture of cooperation and engagement.

In the Republican primary in this district, we endorse Yehudis Gottesfeld, a chemical engineer by profession. She stresses a strong focus on safety issues, strengthening the economy, support for small business and Israel.

Both Schleifer and Gottesfeld seek to replace the retiring Rep. Nita Lowey.

19th Senatorial District (Parts of Brooklyn): In the Democrat primary, we endorse Sen. Roxanne J. Persaud. Persaud has been highly accessible and involved in community-wide programs that have impacted and greatly helped members of our community. Of particular note is her work on assisting homeowners and property owners after the Hurricane Sandy devastation.

24th Assembly District (Richmond Hills, Briarwood, Jamaica Estates): In the Democratic primary, we endorse Assemblyman David Weprin, a strong supporter and unswerving and reliable friend of our community, of which he is also a member, throughout his many years in the New York State Assembly and New York City Council. He is always available and always ready to help.

43rd Assembly District (Crown Heights, Prospect Park, Lefferts Gardens): In the Democratic primary, we support (former Sen.) Jesse E. Hamilton. During his Senate years he was a loyal friend to the community and developed a close relationship with the Lubavitch community.

He supported tax credits for yeshiva tuition and spoke out against the Iran nuclear deal and organized opposition to it. He has been a vocal opponent of BDS and secured thousands of dollars for Crown Heights institutions.

50th Assembly District (Williamsburg, Greenpoint): In the Democratic primary, we endorse Assemblyman Joseph R. Lentol. In his long tenure in the Assembly, which began in 1972, he has been a most reliable vote on issues affecting the Jewish community. He has always enjoyed the respect and support of the Williamsburg Orthodox community.

51st Assembly District (Sunset Park, Red Hook): We support Assemblyman Felix Ortiz. As we noted last week, Ortiz, who also serves as Assistant Speaker of the Assembly, has been a staunch friend of our community. We are particularly impressed with his spirited campaign to oust the notorious NYC Councilman Carlos Menchaca in the 2017 Council race. Menchaca seemed never to miss an opportunity to criticize Israel and its Jewish supporters.

In the Democrat primary election for Queens Borough President The Jewish Press endorses Elizabeth Crowley, an outspoken foe of anti-Semitism and BDS and advocate for creating ties between Queens and Israeli companies. She has also been a leading supporter and advocate for increasing security funding for non-public schools. Ms. Crowley strongly opposes the current “defunding police” cabal and has called for changes to the new bail laws which have turned the front doors of our police precincts into virtual turnstiles. She has received the glowing support of Rabbi Yoel Schoenfeld of Kew Gardens Hills: “Elizabeth Crowley has the interests of the Queens Jewish community in her blood. In an age of political radicalism Elizabeth brings political stability, which is key for the survival of all people of values.”  We agree. 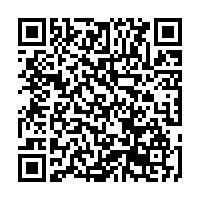