It bears noting that the positions taken by the two contenders for the Democratic Party presidential nomination regarding Israeli foreign policy are at odds with those of the elected government of Israel.

Thus, Senator Bernie Sanders and former secretary of state Clinton, whose party used to pride itself on almost total support for Israel, are sharply critical both of Israel’s alleged failure to make greater efforts to entice the Palestinians into renewed negotiations and its policy on settlements.


In fact, both Mrs. Clinton and Senator Sanders are hewing to the Obama/Kerry/J Street line that Israel’s judgment concerning what’s in its best interests must take a back seat to the views of others who are more realistically attuned to Israel’s needs.

While disputes between Israeli governments and U.S. administrations have been far from rare, the Obama administration and candidates Sanders and Clinton no longer dwell on U.S interests in their criticism of Israel but rather on how much more they know than Israelis themselves about what’s best for Israel.

This form of preachiness is unknown in the ordinary interactions of nations but has become quite de rigueur when American officials come down hard on their Israeli counterparts.

The latest manifestation of this phenomenon was evident in the contretemps that developed this week between Israel and the U.S. after Prime Minister Netanyahu declared that the Golan Heights, captured from Syria during the 1967 Six-Day War, would never be turned over to the Syrians.

Mr. Netanyahu, speaking during a Cabinet meeting held on the Golan Heights, said Israeli control of the Golan was essential to its security interests:

The State Department quickly responded. On Monday night, spokesman John Kirby said the Obama administration does not consider the Golan Heights to be part of Israel:

The U.S. position on the issue is unchanged. This position was maintained by both Democratic and Republican administrations. Those territories are not part of Israel and the status of those territories should be determined through negotiations. The current situation in Syria does not allow this.

But what about the Golan’s obvious impact on Israeli security interests? They were not even alluded to by Mr. Kirby. Yet according to Aaron David Miller, who served both Democratic and Republican presidents as a Mideast negotiator and was involved in attempting to fashion an accord between Israel and Syria on the Golan issue, said that had an agreement been reached, “the results might have been catastrophic for Israel and for the U.S.”

In a column published in the Wall Street Journal Mr. Miller went on to explain,

What we failed to realize was that of all of Israel’s peace efforts…any deal to return the Golan Heights occupied by the Israelis in 1967 was likely to be fraught precisely because Mr. Assad was so cruel in his policies and that his regime consisted of an Alawite minority governing a Sunni majority…. [so] perhaps it would have only been a matter of time before Syria experienced real instability…. What can be said with certainty is that had Israel given up the Golan, the situation today would have been much more complex. In response to the Syrian civil war and the rise of Islamic State, Israel would have faced a hot front confronting Hezbollah, Iran, and a range of Islamist jihadis. Given the Golan’s strategic importance, Israel would have had to reoccupy it and would have found itself in the middle of Syria’s civil war…

Thus, Miller’s common sense message is that in areas of great instability, political settlements are problematic for the simple reason that nothing agreed to can be reliably viewed as authoritative. Yet Israel is constantly rebuked in the United Nations for not making the concessions necessary for a settlement of the issues between it and the Palestinians. 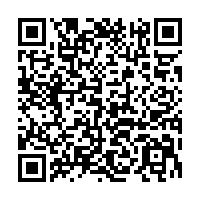