It’s ironic, but the current spate of anti-Semitic attacks may actually present an unusual opportunity for a breakthrough in combating anti-Semitism.

New York politicians seem genuinely stunned by the unyielding pushback that has greeted their reiteration of the same old nostrums on how we need to get to the “root causes” of crime and be more understanding of criminals.

And all this is occurring in the context of an energized U.S. Department of Justice apparently prepared to take an atypically early role in prosecuting anti-Semitic crimes separate and apart from state efforts. We are also hearing calls from activists like Dov Hikind for Jews to adjust their public image as the People of the Book and take to the streets and Albany, en masse, to protect their interests as others have so effectively done.

Why the atmospheric change? Perhaps people are finally taking note of the obvious: New liberal-inspired bail reforms that eliminate cash bail for many assaults – designed to end discrimination against poor people – will mean shorter turnaround time for more and more alleged anti-Semitic predators. Indeed, just a few days ago, one woman, Tiffany Harris, was arrested for an alleged anti-Semitic attack, freed without bail, arrested for another alleged similar assault, and freed again within the space of 48 hours!

Perhaps there is also a growing appreciation of the patently absurd claim – advanced by some New York politicians – that President Trump and white supremacists are responsible for the recent wave of anti-Semitic attacks. This despite Trump recently signing an executive order requiring universities to seriously combat harassment of Jewish students. Besides, exactly where are the right wingers in this recent anti-Semitic crime spree? Indeed, haven’t virtually all the assailants sadly been African Americans?

Perhaps, also, there has been enough time to reflect on the outrageous legitimization of anti-Semitism in veritable institutions. Does it not matter that the House of Representatives was not able to agree to censure members who spread vile anti-Jewish calumnies? That Rep. Ilhan Omar and Rep. Rashida Tlaib regularly repeat anti-Israel calumnies?

And what about those 2020 Democratic presidential aspirants who continue to deny that their disdain for Zionism is the functional equivalent of anti-Semitism? Perhaps more and more people are starting to realize that consistently treating the only Jewish state in the world as no other state in the world is treated cannot possibly be seen as anything but anti-Semitic. And why exactly does Bernie Sanders have Linda Sarsour as a campaign surrogate anyways?

If one wishes to stem anti-Semitism rather than excuse it (which amazingly some have done even as Jews are being killed), one must take steps to fight it rather than merely condemn it. So far, our elected leaders have heightened security and the police presence in Jewish neighborhoods. Of course that is appropriate. But the police cannot be everywhere all the time, so we rather think there has to be, not only increased policing, but also smarter law enforcement.

The expectation that law-breaking will be met with swift arrest and speedy prosecution – like day following night – has long been considered by criminal justice experts as indispensable to deterring crime. Indeed, studies indicate that swifter punishments are even more important than harsher punishments. Currently, though, interminable delays are built into the system such that consequences to criminal activity seem closer to a distant possibility than a prompt reality.

It is also a no-brainer that the new bail reforms must be reconsidered – especially since most anti-Semitic crimes thankfully do not involve mass shootings or knifings, which are unaffected by the reforms. (What are affected are assaults not causing serious injury, which constitute the greatest number of anti-Semitic crimes.) Requiring cash bail in all cases of alleged hate crimes – regardless of any serious injury – would seem to be the way to go.

In addition, it won’t go down easy, but our community has to engage black leadership and underscore how key they are to addressing the continuing attacks. Happily, several have already come forward.

In the final analysis, we ourselves must be forceful and unyielding in making political leaders understand that there will be a political price to pay for their failure to actively combat anti-Semitism in all its forms, and we must call them out when they fail us.

And we must be adamant that given the teachings of history, anti-Semitism really is different from other forms of hate and cannot be equated with them. Yes, even if we have to scream and yell.

One last comment: We can’t help but think that if all the attacks over the last year were white-on-black crime instead of gentile-on-Jew crime, the mayor and governor would have long ago figured out how to solve the problem. So we ask: Whatever you would do for one of your favored minority groups, please do for us. 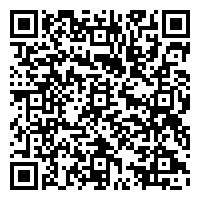