The Jewish Press  notes with sadness the passing of Heshy Jacob. A prominent member of the Jewish community of the Lower East Side of Manhattan, he served as general manager of several of the housing developments there, which for more than half a century have been home to countless Jewish residents.

He had strong views on many issues, including the pivotal importance of the housing developments and the Seward Park Urban Renewal Area to the future of the Lower East Side and its Jewish population.

Highly intelligent and possessed of a dynamic personality, he played leadership roles in key community assistance groups such as the United Jewish Council of the Lower East Side, where he served as chairman, and in the local and citywide efforts of Hatzaloh, of which he was a founding official and high ranking coordinator. He was also the longtime president of the iconic Bialystoker Synagogue. Early in his career he held a senior position in the New York City Controller’s office then led by Harrison Goldin.

A legendary and savvy networker, he enjoyed the confidence of many public officials over the years, working with them on many communal issues.

He was for decades a larger than life presence among us and will be sorely missed. 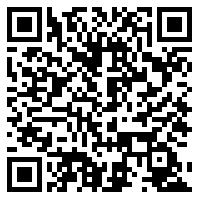