We find the contrast between the actions of Democrat leaders versus those of President Trump during this coronavirus pandemic striking. While Mr. Trump prepares to oversee the smooth implementation of the stimulus plan passed by Congress, Democrats seem determined to launch public investigations of Mr. Trump.

Thus, House Speaker Nancy Pelosi has announced that she is appointing a House Select Committee on the coronavirus crisis, complete with subpoena power because, she said, with “over $2 trillion in emergency relief, we need to ensure those dollars are spent carefully and effectively.”

The key words here are the inchoate and wholly subjective “carefully and effectively.” Indeed, if there were any doubt as to what she is up to, consider that Rep. Jim Clyburn will chair the committee. He, of course, will be remembered for saying during the heated battle over what would be included in the Coronavirus Aid Bill that it presented a “tremendous opportunity to restructure things to fit our vision.”

Separately, Rep. Adam Schiff said he is working on a bill to create a pandemic review panel along the lines of the panels that followed Pearl Harbor and 9/11 “where we looked at what went wrong to learn from our mistakes.” To suggest – as calling for such a panel does – that the U.S. was uniquely unprepared for an unknown virus that has shut down most of the Western world tells you all you need to know about what Schiff has planned, especially given his highly partisan role in the recent impeachment proceedings.

As we and others have pointed out, Democrats have cut Mr. Trump no slack since the onset of the pandemic. When Mr. Trump referred to the pandemic as the “China virus” and imposed travel restrictions to and from China – a seemingly reasonable move inasmuch as the virus originated there – he was labeled a “racist” and xenophobic by leading Democrats. Joe Biden, for one, said, “This is not time for Donald Trump’s record of hysteria and xenophobia – hysterical xenophobia – and fearmongering.”

And so it went. It didn’t seem to matter to anyone that, on top of everything else, China withheld vital information about the spread of the virus across China and purposefully misled the Trump administration and other governments, making it effectively responsible for thousands of deaths.

And then came the potshots from Pelosi and Democratic governors on the shortages of hospital beds, ventilators, and other equipment, as if providing them were President Trump’s exclusive responsibility and not, as most now reluctantly concede, a function of local government. (Despite that fact, Trump has actually provided local governments with nearly everything they’ve asked for thanks due to his no-nonsense, businessman-like management style.)

At the same, without a beat being missed, Democrats and journalists began mocking Trump as a snake oil salesman for touting the anti-malarial drug hydroxychloroquine in combination with other anti-biotics as a possible effective treatment against the coronavirus.

It will be interesting to see how Democrats adjust to the new reality that hydroxychloroquine actually works against the coronavirus according to numerous doctors and researchers. Democratic governors will be hard-pressed to continue limiting their citizens’ access to it as some have till now.

But our main point is this: Ms. Pelosi and her Democratic cohort do not seem at all interested in ending their anti-Trump vendetta during this time of national emergency. The question is: How far will they go in trying to reprise the collusion and impeachment circuses? 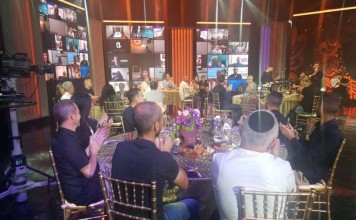