Recent developments in the Middle East are quickly reframing the major question policy makers will now face. It will soon no longer be a matter of debating whether a so-called “two state solution” should be pursued but rather whether the Arab world and much of the UN membership are willing to forego the growing and obvious benefits of associating with Israel.

The agreement between Israel and the United Arab Emirates for the normalization of relations was the important first step. That it was so quickly followed by a agreements between Israel and Serbia and Israel and Kosovo is further indication that we are on the cusp of a major international breakthrough.


Palestinian officials are striving mightily to blunt this movement. They are promoting a resolution they presented to the Arab League foreign ministers that aims to prevent normalization between Israel and the Arab countries. They are arguing that the UAE is in violation of the 2002 Arab Peace Initiative which calls for normalizing relations with Israel only in exchange for a full withdrawal by Israel to the pre-1967 armistice lines, a “just settlement” of the Palestinian refugee issue, and the establishment of a Palestinian state with east Jerusalem as it capital.

But the Palestinians are facing some real opposition from within the Arab League with the UAE, Bahrain, and several other Gulf states openly trying to foil Palestinian efforts. PA officials from PA President Mahmoud Abbas on down continue to rail against any rapprochement with Israel not based upon a settlement between Israel and the Palestinians to the latter’s liking – both inside and outside of the Arab League conference. But it all seems to be of little avail.

There is no denying the pivotal role played by the Trump administration in bringing all this about. So it seems inevitable that the issue of a two-state solution will soon become an important focus of the presidential campaign. Indeed, ever since Trump moved the American embassy in Israel to Jerusalem and recognized Jerusalem as Israel’s undivided capital, Democrats have seemed to become joined at the hip with a two-state solution.

But it has become much more complicated for Democrats to attack President Trump in this regard given that more and more of the Arab world seem to be poised to go along with him. We who have always looked askance at a two-state solution cannot but welcome these latest waves toward reality. 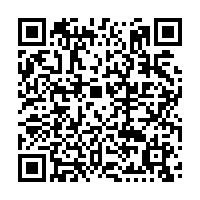