There are some really whacky reasons being offered by Democrats for why President Trump should not nominate a replacement for Ruth Bader Ginsburg and why the Senate’s Republican majority should not confirm his choice if he does.

House Speaker Nancy Pelosi echoed Schumer: “We must honor Justice Ginsburg’s trailblazing career and safeguard her powerful legacy by ensuring that the next Associate Justice of the Supreme Court upholds her commitment to equality opportunity and justice for all.”

And Joe Biden, who is touted as the great healer, said darkly (and typically wide of topic):

To jam this nomination through the Senate is just an exercise in raw political power, and I don’t believe the people of this nation will stand for it…. If we go down this path, I predict it will cause irreversible damage. The infection this president has unleashed on our democracy can be fatal. Enough, enough, enough.

Various party functionaries cited as precedent Senate Majority Leader Mitch McConnell’s refusal to schedule a confirmation hearing for President Obama’s 2016 choice of Merrick Garland to replace Scalia, who had recently died, because it was a presidential election year.

Can anyone really take this sort of thing seriously? With all respect to Ginsburg, does anyone really think she should have a say in the selection of her successor? Has something like that ever happened in recorded American history?

How far do Schumer/Pelosi think their argument that Republicans cannot be trusted to protect the American commonwealth will go with Republican senators?

And does anyone really care about what Mitch McConnell did or didn’t do in 2016? We are talking about the biggest political prize our country has to offer besides the presidency – which in itself is a problem (the founders never intended for the Supreme Court to have this much power) – and he says the circumstances were materially different at all events. And by the way, it was of course President Obama who did the nominating in that election year.

So what’s behind all of this folderol? Politics. As usual. 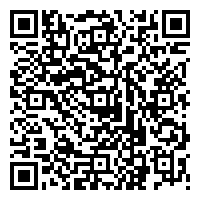