New York’s Mayor Eric Adams is being called out for his recent directive that city agencies provide him with headshots of applicants for city jobs ranging from assistant commissioner to departmental press secretary.One would think that the Mayor had enough on his plate – what with rampant crime and homelessness, failing schools, and crumbling infrastructure – that he wouldn’t have time to spend thinking about how best to hire people based on their race.

The New York Post reports that the overwhelming percentage of new hires for some time now have been people of color, with 31% of employees across all agencies Black, 17% Hispanic, and 11.5% Asian in a city that’s about 20% Black, 28% Hispanic and 16% Asian.


Current and past officials disclosed to Politico that Mayor Adams is intent on fulfilling his oft-stated aim of having a municipal work force that “reflect[s] the constituencies we serve.” On their end, the Mayor and his aides insist that this is not at all about race but about respect for his employees: “I should know my employees, I should walk up to them and say thank you.”

That objective would be just as well served by getting photos of employees after they are hired, thank you very much. 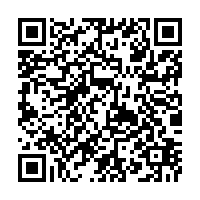