We were struck by the sharply differing claims made last week by Democrats and Republicans on the question of Trump campaign collusion with Russians bent on disrupting the 2016 election. And therein lies an important tale.

The Republican chairman of the Senate Intelligence Committee, Sen. Richard Burr, says that his committee has not uncovered any evidence of any collusion after a two year investigation. On the other hand the ranking member, Sen. Mark Warner, claimed there is “plenty” of relevant evidence. And, echoing him, the Democratic chairman of the House Intelligence Committee, Rep. Adam Schiff, said there is an “abundant” amount of such evidence. However, as we anxiously await the conclusions of the Mueller investigation, why would these leaders differ so starkly about such an easily verifiable question of fact? Surely, whether there is or is not evidence of collusion can be determined with ease.

The sides appear to be like the proverbial two ships passing in the night. While Democrats have been urging, mantra-like, that President Trump and/or his campaign aides unlawfully cooperated with the Russians, citing a number of meetings between them, they have not claimed that they had any smoking guns about what transpired at the meetings. Apparently they thought that a case of improper collusion could be made simply by citing the meetings themselves: that is, meetings are meetings, and why else but for cooperating with them would they be meeting with the Russians? But they and many others in the media missed a key signal from Deputy Attorney General Rod Rosenstein a little over a year ago on February 16.

At a press conference explaining the details of an indictment of 13 Russians over alleged election interference brought by Special Counsel Robert Mueller, Rosenstein went out of his way to note that “there is no allegation in this indictment that any American was a knowing participant in this illegal activity” and went on to stress:

…The nature of the scheme was [that] the defendants took extraordinary steps to make it appear that they were ordinary American political activists, even going so far as to base their activities on a virtual private network here in the United States so, if anybody traced it back to that first jump, they appeared to be Americans.

Significantly, Rosenstein also stressed that the indicted Russians were part of an ongoing, vast, elaborate effort to wage what Russia called “information warfare” against the United States with the stated goal of spreading distrust toward candidates and the political system in general. It involved the use of shell companies and employed hundreds of people in its online operations, ranging from creators of fictitious personas, to technical and administrative support personnel, with an annual budget of millions of dollars.

In that context, it would doubtless be an insurmountable task to make a case against members of the Trump team for knowingly meeting with individuals they knew to be Russians with a view to getting information adverse to Hillary Clinton. This is especially so since securing opposition research is a time-honored aspect of the American political system.

But the Democrats nevertheless push on in their obsessive effort to undermine the President. They should take a deep breath and let him go about doing the job he was elected to do. 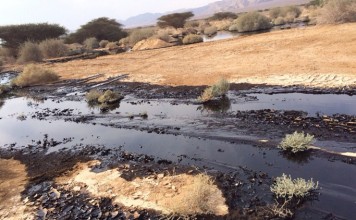 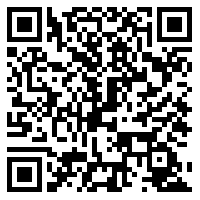