Last week, The New York Times startled even those of us who have come to expect its Mideast reporting and editorializing to be driven by bias toward the Palestinian take on events.

Not even the persistent equating of the initiators of violence with the retaliators; of the perpetrators with the victims; or of tragic accident with purposeful murder was adequate preparation for a Times ?correction? of a recent news report covering the story of the murders of three Israelis. In this abject attempt to further bow to political correctness, the Times made an embarrassing stumble.


In its Wednesday, May 30 issue, in a story headlined ?Six Killed In Renewed Mideast Violence,? the Times reported that ?Three Israeli settlers and three Palestinians were killed today in fresh violence in the West Bank and Gaza Strip….? The story went on to identify one of the victims as Gilad Zar, and report that he was killed by gunfire as he drove near Nablus.

We are then told the following about the other two victims:

A few hours later, near Bethlehem, gunmen firing from a passing car killed two women from the settlement of Efrat as they drove to Jerusalem. They were identified as Sarah Blaustein, 53, and Esther Alvan, 20.

Mrs. Blaustein, an America, moved to Israel with her husband last summer from Lawrence, N.Y….

In its Tuesday, June 5 edition, the Times ran the following item in its ever-growing ?Corrections? section:

An article on Wednesday about continuing violence in the Middle East and the shooting death of a settler, Sarah Blaustein, misstated her destination when she moved from the United States last August. It was the settlement of Efrat, which is in the West Bank, not in Israel (italics ours).

One wonders what it is that motivates the folks at the Times to engage ? after a week ? in such an exercise in formalism concerning one inconspicuous, passing line in an account of what was, after all, horrific premeditated murder.

Indeed, the blip escaped the author of the piece, Joel Greenberg, someone who rigorously adheres to the company line on the Middle East. The story was otherwise unerringly faithful to the Times?s distinction between ?Israel? and ?the settlements.? The reference even eluded Times editors and apparently, for a time, the Political Correctness police.

But what is most intriguing is that the ?Correction? leaves a gaping hole in Greenberg?s story. If Mrs. Blaustein?s destination when she moved from America was not Israel, but the West Bank, exactly what made her an ?Israeli settler? as The Times described her? Perhaps it is time for a refresher course in the PC department over at The Times.

This episode has created a stir over the Internet, with many calling for a boycott of the Times. Plainly, the paper has to get the message that this sort of thing has to stop. The thinking of hundreds of thousands of people is being informed by the Times?s agenda-driven presentation.

It was bad enough when it was just the Editorials and the Op Ed columns that caused a reader to to put up his or her guard. Then the bias began creeping into the news reporting. Now even the ?Correction? section has been mobilized.
More Selective Reporting From

The Paper Of Record

Thousands of Palestinians danced in the streets of Gaza, Ramallah and other Palestinian controlled towns and cities in celebration of the suicide bombing of innocent civilians in Hadera; this never made it into the news pages of The New York Times.

A poll recently reported the stunning news that fully 71% of Palestinians support continued suicide bombings against Israelis; this too failed to draw the attention of the paper of record.

But when Israelis retaliated against the stoning of an Israeli infant, and rallied in front of Prime Minister Sharon?s residence to urge the targeting of Palestinian officials and other measures, even war, to stop the organized terror, William A. Orme, Jr., in a Times story last Thursday entitled ?Settlers Press Sharon to Declare War on the Palestinians,? had this to say:

Furious Jewish settlers fought Palestinians this afternoon near a West Bank crossroads where an Israeli infant was wounded by Arab stone-throwers on Tuesday, and then gathered here this evening to demand a declaration of war against the Palestinian Authority.

At a rally in Zion Square [in Jerusalem], thousands of settlers called for the death of the Palestinian leader, Yasir Arafat, and condemned Prime Minister Ariel Sharon for not retaliating immediately after Friday?s bombing at a beachfront nightclub in Tel Aviv, which has now claimed 21 lives.

Apparently, the deep-rooted and rampant anti-Israel viciousness of the Palestinians is not something the Times thinks newsworthy enough to be shared with its readers. But a spin on self-defense as extremist war-mongering apparently is. 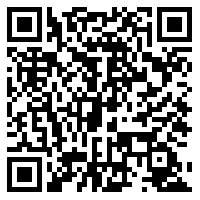