Charles Schumer. The leader of the Senate’s Democrats, he will have great power even if Republicans retain control of the Senate. An important supporter of Israel and an opponent of the Iran nuclear deal, he took great political risks in defying President Obama on the latter.

Jerrold Nadler (10th CD, Brooklyn). He has a solid track record on Israel but we were sorely disappointed by his vote for the Iran nuclear deal. He took great pains during an interview at The Jewish Press offices to explain that his vote was based on sincere risk analysis rather than political calculation. He said he was convinced Iran could not cheat undetected because cheating would require massive movements of fissionable material that could not be hidden. And he recently voted to override the president’s veto of legislation enabling victims of terrorism to sue Saudi Arabia.

We believe keeping him in Congress is the better option for America and Israel at this point. We’ll be paying close attention to his votes.

Rebecca Harary (73rd AD, Manhattan). She has great concern for constituents and is running against an incumbent who, tellingly, locates his community office on a building’s seventh floor in proximity to his law office, causing inconvenience for constituents needing services.

Aaron Wieder (98th AD, Rockland County) A chassid, he is facing vicious anti-Semitic attacks depicting him as a “dirty Jew” and unwelcome in the community.

Judge of the Civil Court

The New York Times And Me 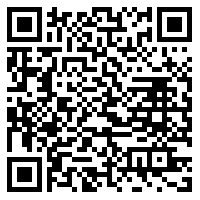