The massive turnouts around the world celebrating the completion of the twelfth cycle of the Daf Yomi should finally put to rest any remaining claims by leaders of non-Orthodox movements that they represent the wave of the Jewish future.

Can any among them assert with a straight face that they could attract anything remotely approaching the more than ninety-thousand Jews who flocked to MetLife Stadium or even the tens of thousands of others who gathered at other venues across the U.S. and around the world?


Can they identify anything their movements urge on their members that rivals the proven lure of the timeless exposition of the Oral Law by the sages and scholars of the past two millennia?

In fact, the critique of the Siyum HaShas offered up by some of those leaders highlight just how far they’ve strayed from the Judaism of the Ages. According to the Jewish Telegraphic Agency’s Uriel Heilman, this is what the senior vice president of the Union for Reform Judaism told him concerning the Reform movement’s view of the Talmud and the Siyum HaShas:

Text study is very important to us, but we focus on the Ur-text, on Torah in particular. That’s an interesting contrast between Reform and Orthodox. Talmud, Oral Law, is not our core text….We’re aggressively pushing Torah and Tanakh study; we’re not aggressive at a North American level of pushing Talmud study. Talmud study remains important, but it’s not as central, certainly doesn’t rise anywhere to the level of a daily study encouragement for us.

[It’s part of] how Reform Judaism looks at rabbinic law…. We see ourselves as successors reclaiming the core Torah text.

The rabbis of today and of yesteryear are of equal authority. The amoraim [rabbinic sages quoted in the Talmud] do not get special consideration. Contemporary commentary is equally as interesting and holy, if you will….

We’re creating new sacred texts. Only time determines what Jews will value for the long term…We’re not assigning Divine weight [to Talmudic rulings]. They don’t carry more weight than contemporary Jewish philosophy…. Oral Law we do not find to be binding.

It is clear that in the Reform mindset there is nothing special about any of the Tanaim and Amoraim of the Talmud who expounded on the Torah, or later commentators like Rashi, Tosafos, and the Rambam. Indeed, as the Reform spokesman made clear, their “contemporary” sages are the equal of the aforementioned giants and quite capable, thank you, of creating “sacred texts.”

The chancellor of the Jewish Theological Seminary, which trains clergy, educators and professional and lay leaders for the Conservative movement, made a similar point in an article on the Siyum HaShas in the Wall Street Journal. While he freely acknowledged that studying the Talmud has been key to the growth of Orthodoxy, he went on to ask,

But what about the rest of the Jewish population? How can they be offered a sense of community and meaning? What learning could galvanize non-Orthodox minds, stir our hearts, nourish our souls?…I propose a different page for Jewish learning, one that is open to the larger world and bears the impact of modern thinking. It would cleave faithfully to texts, rituals, history and faith while being informed by art, music, drama, poetry, politics and law.

Imagine if every Jew who wished to do so could awake to a platform of daily Jewish text not limited to the Talmud – and to Jewish media not limited to text. Daily reading of Torah or psalms would be juxtaposed with their echoes in the headlines of the day; a passage from Job would be accompanied by clips from the Coen brothers’ film “A Serious Man”; the poetry of Isaiah could be explored side by side with that of the late Israeli poet Yehuda Amichai.

So he doesn’t get it either. Contemporary philosophers – even highly regarded filmmakers – don’t bring the same things to the Jewish table as a Rabbi Tarphon or a Rabbi Akiva, a Rashi or a Chofetz Chaim, a Rav Moshe Feinstein or a Rav Yosef Sholom Elyashiv. The Daf Hayomi siyumim made it clear that the traditional study of classic Jewish texts is fundamental to the survival of the Jewish people and that those seeking to deny the authoritativeness of those texts are in denial about what is plainly before their eyes. And that may well be the enduring contribution of the Siyum HaShas. 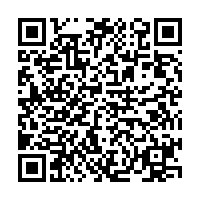