The New York Times first reported on President Trump’s deal with Mexico to get that country to do more to stem the flow of illegal immigrants into the U.S. in a somewhat odd fashion. “Trump Calls Off Plan To Impose Tariffs on Mexico” was the Times’ front-page headline.

The president had threatened to impose incremental tariffs contingent on Mexico’s efforts to help solve our illegal immigrant problem. A more accurate headline, therefore, would have read something like “Mexico Caves In Face Of Trump Threat.” For the Times, though, it was as if Trump’s deft ploy was not the real story.


Indeed, the report itself began with: “President Trump backed off his plan to impose a tariff on all Mexican goods and announced via Twitter on Friday night that the United States had reached an agreement with Mexico to reduce the flow of migrants to the southwestern border.” The article proceeds to describe the pitfalls inherent in the tariff regime had it been imposed; it is only much later that the specifics of the agreement are addressed.

The next day, again on the front page, the Times ran with a story pooh-poohing the whole thing. Bearing the headline, “Mexico Agreed to Take Border Actions Months Before Trump Announced Tariff Deal,” the story informs us that Trump was being overly dramatic and that his announcement of a deal was inconsequential.

But it was Trump who secured the Mexican concessions, whenever they were made. Even more to the point, there was another concurrent, more straight news-oriented account in the Times that referred to the agreement as having been “hammered out in marathon negotiations with American officials over the last few days.”

That story also notes that according to prominent Mexicans, “Mexico’s new president appears to have decided that the nation has more to lose by antagonizing the United States than it has to gain despite calls from some pockets of society to stand up for Mexico.”

We suggest it is time for the Gray Lady to grow up. 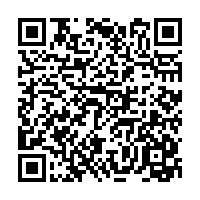