The Affordable Health Care Act is the official title of what has become known, primarily to its opponents, as Obamacare. It provides for a variety of changes in the American health care system and has generated enormous controversy, some of which will be the focus of the Supreme Court in the next few months. But debate over the mandated coverage of the cost of birth control has erupted over the past two weeks and may well roil the political waters during the presidential campaign season, depending how Obamacare fares in its Supreme Court test.

Among the Obamacare requirements, employer-provided health insurance plans must cover various means of birth control. The Catholic Church and leaders of some other faiths had sought a broad exemption for religious institutions that oppose birth control. However, on January 20, the Department of Health and Human Services, with presidential approval, adopted a much narrower exemption and the ensuing controversy began boiling over.

The HHS religious exemption applies only to organizations that primarily restrict their employment and services to members of their own faith. This would include houses of worship and parochial schools but would not include institutions like hospitals; social service agencies, charities and institutions of higher learning sponsored and run by a religious entity that opposes contraception on religious grounds.

Yet it is not quite that simple. The bottom line is that it would force an entity like the Catholic Church, which sponsors a broad array of secular programs servicing the larger community, to underwrite activity it believes to be sinful in order to continue those efforts.

This is an issue that has legs, especially in this presidential political season. The Wall Street Journal’s Peggy Noonan wrote a column titled, “A Battle the President Can’t Win” in which she suggested that with his approval of the HHS rule, “…President Obama just may have lost the election.” She noted that there are 77.7 million Catholics in the United States who in 2008 made up 27 percent of the electorate. Significantly, Mr. Obama carried the Catholic vote, 54 percent to 45 percent. Ms. Noonan also pointed out that “a lot of Catholics” live in “the battleground states.” Catholic League head Bill Donohue spoke of a broad-based public attack on the rule and the mobilization of Catholic voters.

Apparently feeling the heat, David Axelrod, a senior political adviser to President Obama, went out of his way to defend the narrow religious exemption but also seemed to back off ever so slightly. Speaking in an MSNBC interview, he said the administration didn’t intend to “abridge anyone’s religious freedom” with the new regulation.

“This is an important issue,” he said. “It’s important for millions of women around the country. We want to resolve it in an appropriate way and we’re going to do that.” But significantly, he added that he was “less concerned about the messaging of this than finding a resolution that makes sense,” noting that affected institutions have more than a year and a half to come into compliance and that “I think we need to lower our voices and get together.”

Our community certainly shares in the concern for any governmental policy that imposes a substantial burden on the religious sector’s ability to adhere to religious tenets. We must follow this story as it unfolds and be heard. 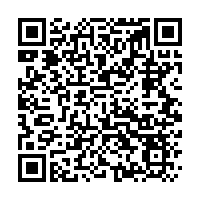