If things go well this week in the oral argument in a case before the United States Supreme Court, as many observers believe they will, parents of parochial school students could become eligible for assistance from the government covering tuition for their children’s non-religious instruction. At issue in the case, Carson v. Makin, is whether a Maine law that automatically excludes parochial schools from a tuition assistance program is constitutional and whether the landmark 1971 decision in the case of Lemon v Kurtzman, which has militated against any public offset of any part of parochial school educational expenses – whether religious or secular related – should be reversed.

In the Lemon case, the Court sweepingly held that state statutes that provide public funding even for secular instruction in religious schools – including salaries for teachers of secular subjects – violated the Establishment Clause of the First Amendment. The Court based its ruling on its conclusion that the amount of oversight of teachers and curricula required to ensure that there was no injection of religion into secular topics would require the government to become excessively involved in the nuances of religious education. The Court also expressed the fear that governmental financial involvement in religious schools would inevitably lead to “an intimate and continuing relationship between” between church and state.


Although these concerns were in the nature of self-fulfilling prophecies and would require proving negatives to overcome, they drove Establishment Clause jurisprudence for decades and were referred to as the “excessive entanglement theory.”

As testament to the importance the Orthodox Jewish community attaches to this issue, eight national Orthodox organizations have joined in a friend-of-the-court brief (amicus curiae) filed by COLPA, the National Jewish Commission on Law and Public Affairs) and written by the eminent constitutional lawyer Nathan Lewin arguing for reversal.

Carson involves a Maine statute that automatically and completely excludes sectarian schools from an education-funding program designed to aid Maine’s private school parents. The COLPA brief explores the fundamental unfairness and unconstitutionality of requiring religious school parents to pay for the secular education Maine requires parents to provide to their children while the tuition for the secular education provided in all other private schools are paid out of the public treasury. This, Lewin contends, also serves as a disincentive for Jewish parents to fulfill their religious obligation to send their children to religious schools and violates their First Amendment rights in this regard as well.

As Lewin has noted, “It is difficult to imagine any comparable pressure in American law. When is someone who complies with a legal mandate punished for doing so in a manner that complies with his or her religious observance?”

In recent years the “excessive entanglement theory” has not been applied by the Supreme Court all that much. The Court has lately approved such things as publicly funded tuition vouchers for parochial school parents that allows parents to purchase, as it were, secular education services in a parochial school setting on the same basis as public school parents do in a public school setting.

But Lewin also makes the point that as outmoded as the direct holding in Lemon has become, it is still on the books and no legislature would dare to enact laws funding the salaries of secular teachers at religious schools. So it’s time for the Supreme Court to officially jettison the “excessive entanglement” anachronism.

We are hopeful that the Supreme Court will invalidate the Maine statute and also explicitly overrule Lemon. 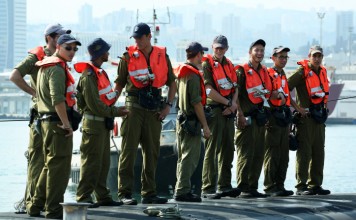 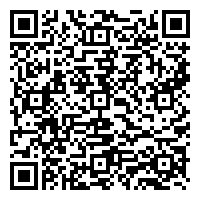