We note with profound sorrow the passing of Arnold Fine, our longtime colleague and friend. For half a century he was one of the most popular and recognized personalities in Anglo-Jewish journalism.

Unusually knowledgeable on both local and international affairs and with a penchant for writing clearly on even the most complex issues, he brought a wide range of interests to his work at The Jewish Press.


He was a highly respected educator of brain-injured children in the New York City school system who designed several creative and innovative teaching tools. His many articles on education showed great insight into the problems facing Jewish teachers in a changing student environment. He was also an inventor who held a number of professional licenses.

Most fundamentally, though, Arnie Fine was a storyteller par excellence, with a remarkable gift for transmitting the pathos and bittersweet humor that was so intrinsic to the Jewish world of New York City in the 1930s and ‘40s. Week after week his classic “ I Remember When” columns evoked our traditions, shared values, foibles, and sense of identity with our fellow Jews. Some of his reminiscences triggered belly laughs while others inspired nostalgic thoughts and “been there” smiles.

His fans and followers were legion. To his co-workers he was the ultimate mentor. With an unfailing smile he freely shared his considerable talent and experience with colleagues who only had to ask. He regaled us all, never failing to combine wisdom and insight with a signature story.

We are enormously proud of Arnold Fine’s long association with The Jewish Press. 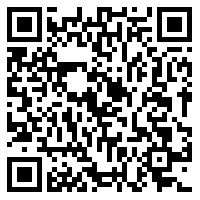