The outrageous refusal of the UN to turn over those videotapes that recorded the terrorist kidnapping of three Israeli soldiers last October puts into sharp focus the bankruptcy of the UN?s mission in the Middle East. The tapes are said to show the faces of the kidnappers and also to contain other important information on the kidnappings. Yet the international peace-keeping organization, after shamefully denying that the tapes existed, incredibly is now balking at turning over the tapes without blocking out the faces of the apparent kidnappers in the interests of neutrality.

?Showing their faces would be considered by one party as providing intelligence to another party and would certainly endanger our people in Lebanon,? said UN Under-Secretary General Jean-Marie Guehenno.


The Hezbollah reaction to the release with even this condition was more cynical although predictable. Hezbollah leader Sheikh Hassan Nasrallah was quoted as saying that ?To us, this act puts the UN…forces in the category of espionage on behalf of the enemy and providing it with information.?

A spokesman for Prime Minster Sharon said pointedly, ?This is a case where the UN must act according to its mandate ? to prevent terrorism and contribute to peace.? And Senator Chuck Schumer, described the UN position as a ?total desecration of its peace-keeping mission and comes to a point of international disgrace.?

Imagine, to first fail to thwart and later to refuse to cooperate in solving a kidnapping, in the name of even-handedness?

Unfortunately, it seems that the dismay over the UN posture is largely limited to our Jewish community. It is the biggest story in Israel and The President?s Conference has called on Secretary General Kofi Annan to investigate the scandal. And Senator Schumer, who was in Israel on a solidarity mission, said he would take the issue to the Senate floor and urge his colleagues to pressure the UN to release the tape unaltered. But it is a story that has not really caught on here in the States.

The UN has failed miserably here in an important test of its viability as an honest peace-keeping mechanism. But the test is a continuing one, and there is yet time for the UN to redeem itself. 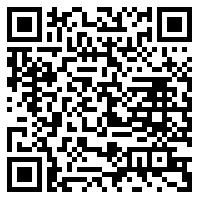