We were underwhelmed by the testimony two weeks ago of U.S. Attorney General nominee Judge Merrick Garland before the Senate Judiciary Committee. Although he is one of the more highly regarded former federal prosecutors around today and is considered one of the most able federal appellate judges to come along in many years, he came off as distracted and decidedly uncomfortable.

He certainly did not give the impression of someone champing at the bit to begin work as the nation’s top law enforcement official. And while it is always risky to try to get into someone’s head, and not to put too fine a point on it, we have a theory to explain his tepidness. We think it is related to all of the criticism leveled at his predecessor William Barr for being willing to do President Donald Trump’s political bidding.


Thus, it was very surprising that Garland testified that he would make the federal investigation into the storming of the Capitol in January his first priority. While we can’t argue against the importance of addressing right-wing extremism, is it really at the top of the list – ahead of concerns for cybersecurity, national security breaches, industrial espionage, and social media monopolies, to name just a few?

Why then the preoccupation with “white supremacists and others who stormed the Capitol”?

Garland may have interpreted the efforts to impeach Trump even as he was leaving office as signaling some special importance the Biden administration attached to keeping the heat on Trump, and he perhaps gave a signal of his own during his interviews with the Biden team for the AG nomination.

Perhaps Garland, whose passion to combat domestic extremism no doubt was ignited during his service as the lead prosecutor in the prosecutor in the Oklahoma City bombing cases, was disturbed by even the possible perception that he was being drawn into a Biden administration effort to derail a possible Trump run for president in 2024 and here is why.

Many believe that both of the efforts to impeach Trump were designed to preclude a second run by him, either by discrediting him with the attendant publicity or to achieve a formal legal bar to his running again if he were convicted in the Senate.

Certainly there is no one now more publicly identified with the storming of the Capitol than Trump, justified or not. Keeping the focus on this event maintains the negatives concerning Trump as much as the continuing efforts by local Democrat prosecutors who are trying to uncover criminality in past Trump business dealings.

But is the fear of a second Trump candidacy a realistic one? Well, Joe Biden won the presidency after having being totally dismissed as a past his prime has been. And then there is that Conservative Political Action Committee poll last week which showed that Trump had 55 percent support if he made a 2024 Republican primary run, with 68 percent urging him to run.

And then there was the prediction by GOP Senator and former presidential candidate Mitt Romney that Trump would win the 2024 GOP presidential primary by “a landslide” if he ran.

So few are counting Donald Trump out for 2024 and prudence dictates that measures be taken in anticipation of his making a run.

On one level, Garland may well be committed to addressing domestic extremism on the merits as his first priority. But that still draws him perilously close to a Democratic effort to discredit a past and possible future president of the United States which began even before his election and more significantly continued even after he left office.

Yet, we have no doubt that Judge Garland will meet his responsibilities as he sees them and as the true patriot that he is. Much as did his predecessor William Barr. 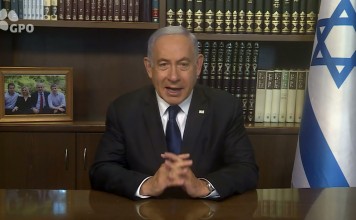 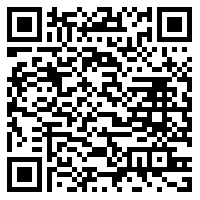