For months, International Olympic Committee President Jacques Rogge has dismissed calls for a moment of silence at the opening ceremony of the London Olympics to mark the 40th anniversary of the murder of eleven Israeli athletes by Palestinian terrorists at the 1972 Munich Olympics.

On Monday, in advance of this Friday’s opening ceremony, Mr. Rogge did preside over a previously unannounced tribute attended by several Olympic administrative officials.


But not only was this an insult to the memory of the slain Israelis, it underscored Mr. Rogge’s utter failure to grasp that the murders were not only about the Israeli victims but about the Olympics itself.

Since the days of ancient Greece, the Olympics have been characterized by a general truce that interrupted whatever wars were being fought at the time. This was to enable athletes and visitors to travel unimpeded to the games and ensure that the games themselves would be conducted free of violence. We don’t always have good things to say about UN Secretary-General Ban Ki-moon, but a statement he released last week put it best:

The tradition of an Olympic truce began in ancient times to allow safe passage for athletes traveling to the games. This resulted in an environment where the true spirit of the Olympic Games was on display: peaceful competition among nations, feats of individual excellence.

Today, sports and events such as the Olympic and Paralympic games break down barriers by bringing together people from all around the world and all walks of life. The participants may carry the flags of many nations, but they come together under the shared banner of equality and fair play, understanding and mutual respect.

We give meaning to these values through the Olympic truce, the call for warring parties everywhere to lay down their weapons during the games. These pauses in fighting save lives. They help humanitarian workers reach people in need. And they opened diplomatic space to negotiate lasting solutions.

The Olympic truce – and more broadly the Olympic ideal – carries a powerful message: that people and nations can set aside their differences and live and work together in harmony. And if they can do it for one day, over one event, they can do it forever. This is the dream on which the United Nations is built, and the goal of our daily work.

I call on all those engaged in hostilities to respect the Truce – which has been endorsed by all 193 UN member states. This is an uphill battle – but we must persist in proclaiming the Truce and do our utmost to win adherence to it. For these next few weeks may the torch of the Olympic and Paralympic games in London serve as a beacon of peace around the world.

Consider what happened in Munich on September 5, 1972, the 11th day of the Olympiad. At 4:30 a.m., several Palestinian terrorists made their way past security and, armed with hand grenades and Kalashnikovs, entered two Israeli team apartments. They killed two Israelis and took nine hostage. The hostages were later killed by the terrorists in the course of a failed rescue effort.

The massacre clearly struck at the essence of the Olympic concept. So why would Mr. Rogge and the IOC resist marking this enormous negation of it? There were various reasons given that revolved around the notion that the games are “apolitical” and that every effort is made to avoid “political issues” and embarrassing participating (i.e., Arab) states.

In a sense this reminds us of the recent meeting between Prime Minister Netanyahu and Secretary of State Hillary Clinton. The secretary was pitching a resumption of negotiations between Israel and the Palestinians and among other things was urging Mr. Netanyahu to meet PA President Mahmoud Abbas’s demand that Palestinians incarcerated in Israeli jails for terrorist acts committed prior to the Oslo Accords be released. The theory seems to be that before Oslo, the murder of Jews was properly viewed as an act of resistance by a freedom fighter. Post-Oslo, however, such a form of resistance was criminalized. 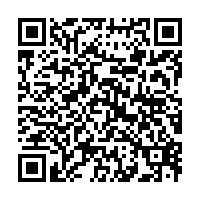